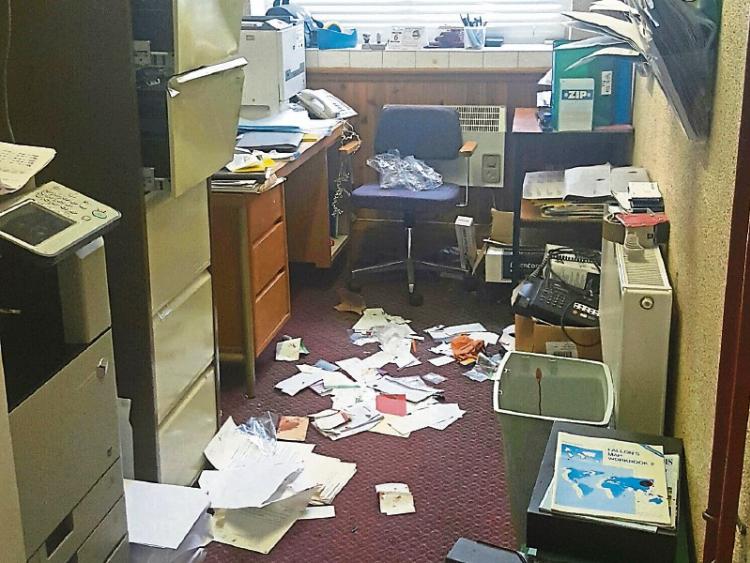 St Fintan’s National School in Mountrath has been targeted by thieves for the third time in five weeks, with the damage caused to the local boys school in the wake of these burglaries expected to well exceed €10,000.

The latest break-in occurred on Friday, September 30, when the rear window of the school was forced activating the alarm in the early hours of the morning.

The gardaí have confirmed that a man was arrested after a chase from the scene, and stolen property, including a small quantity of cash, a laptop and computer accessories, was recovered.

The thief, a 25-year-old man currently living in Dublin but originally from Laois, is due before Portlaoise District Court on October 27.

This is now the third time that the school has been broken into, with the first robbery occurring on Tuesday, August 30, when thirteen laptops were stolen.

The second robbery in St Fintan’s happened on Wednesday, September 7, when thieves again smashed windows and the alarm box, and thrashed the school office, breaking open a safe and a filing cabinet.

Blood was spilled on the window blinds, which added to the school's costs.

Speaking to the Leinster Express this week, acting principal of St Fintan’s, Ms Gina Reddy said: “At this stage it’s very distressing and very frustrating, we’d just got everything back to normal and now we’re back to square one.”

Ms Reddy revealed that the laptop that was taken this time was one being used by a child with special needs.

She also said that the school safe which was stolen had been recovered “in 40 different pieces”, the replacement of which will further add to the costs .

Even though there wasn’t as much damage caused this time, Ms Reddy said that repairs could still be costly.

“There’s not as much damage to be cleaned up, they didn’t break the glass, just the window frame,” she said.

While distressing for everyone, Ms Reddy said that these crimes do not disrupt the school, as the staff work very hard to ensure the children are not disturbed.

“Nothing’s changed for the children, but the staff have to work that little bit harder,” she said.

Ms Reddy said that the school will now look at improving its security, with plans to build a strong room, install dusk to dawn lights, and make the perimeter of the school safer.

However, to do so the school will have to fundraise, as Ms Reddy said that the cost of the previous burglaries has already risen to over €10,000, which includes the loss of property, the cost of replacing property, and cleaning and repairing the premises.