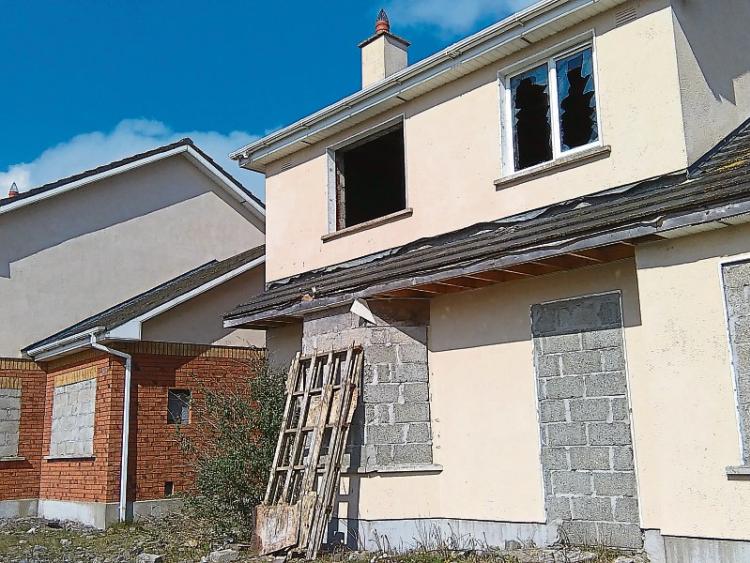 A car has to pass its NCT every four years, but derelict buildings about to collapse are left uninsured to pose a danger to the public.

Cllr Willie Aird made this motorcar analogy at the recent meeting of the Portlaoise Municipal District, during an animated discussion on derelict sites in the area.

Both Cllr Catherine Fitzgerald and Cllr Jerry Lodge had raised motions calling on Laois County Council to address the problem.

Cllr Fitzgerald said that the council should be proactive in regards to CPOs served on derelict businesses, sites or homes, while Cllr Lodge asked for a report to be given indicating the progress made by Laois County Council in the elimination of derelict sites throughout Portlaoise.

Referring to the old county hotel site, which had been badly damaged by fire, Cllr Fitzgerald said that the visual impact and proper use of buildings “make a town alive and keep a town alive”.

She suggested that the council picks out two or three derelict sites and take a full year to focus on them and get them sorted.

He said that every quarter, a report on all the derelict sites in the area should be provided, to keep the councillors up to date.

“We have to keep it at the forefront of our minds,” he said.

Cllr Caroline Dwane Stanley said the problem was so bad that around two years ago, the majority of the motions she raised with the council were to do with derelict sites.

She also mentioned the old county hotel, where the roof looks totally unsafe with the chimney ready to collapse.

“It’s very unfair to businesses there paying rates,” she said.

Cllr Dwane Stanley added that any quarterly report on derelict sites should include details of how much the owners of the sites are cooperating with the council.

“Some owners don’t even respond (to the council), and the banks too,” said Cllr Dwane Stanley.

Meanwhile, Cllr Willie Aird remarked how frustrating it was trying to deal with the problem.

He made the analogy of a car having to do the NCT every four years and lamented that there was no insurance or guarantees on derelict buildings.

“It’s nonsensical, I cannot understand how legislation can’t be brought in,” he said.

In response to both motions raise, Mr Kieran Kehoe, director of services, said that a report is being prepared in relation to the status of derelict sites in Portlaoise and will be forwarded to the members when concluded.