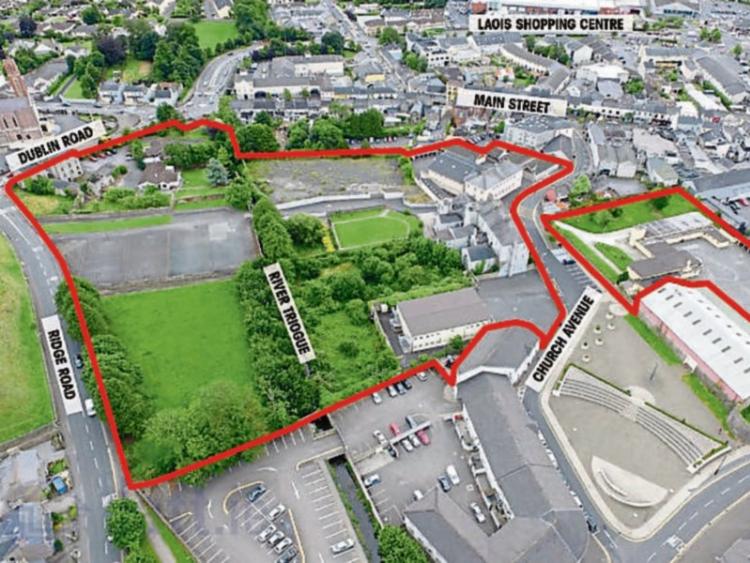 Areas zoned as flood risk in Portlaoise are causing insurance hikes for homeowners, and may be hindering development, councillors say.

There are 76 properties at risk of flood in Portlaoise, but it is not “economically viable” to install flood protection measures, the OPW has told Laois councillors.

Portlaoise would need flood embankment walls 0.8 metres high, along 1.5km of the Triogue river, to protect 63 homes and 13 non residential properties which lie in the 100 year flood risk zone.

The cost benefit analysis of such works is however so low that it is “on the edge of whether it happen or not,” said the OPW’s project engineer Gerry Gallagher at the September council meeting.

“Does this mean we will be forever at the bottom of the league table? That is very worrying. It’s not much comfort for people in that category. Their home insurance is affected. Certain areas get very badly affected,” she said.

“In Woodlawns, Lake Glen and Rossvale, the cost of home insurance has gone through the roof,” she said.

Mr Gallagher told them “don’t despair yet” as a closer examination is to be done.

The zoning include 8 acres of development land for sale in the town centre, by the Parish and Presentation sisters, over the Triogue river.

“One of the town’s oldest areas, where the schools and the parochial house are, show that very little development can take place because of the flood risk,” Cllr Willie Aird said, pressing a need to build the flood defences to make the land easier to develop.

“You have the flooding money, we should put these measures in place, so we can provide housing. We have a huge land bank, in a pivotal part of town, I never saw it flooded,” he said.

He said the motorway pushed Portlaoise into a higher flood risk category.

“The motorway puts a lot of pressure on the Triogue. An amount of water comes off it and we took the brunt of it so our colour zone changed. That’s a reason why no development can take place in the convent plan. Funding won’t be any good unless we see dredging,” he said, adding that he “never saw flooded” a nuns’ graveyard on the land.

“A lot of towns are built around rivers. The guidelines don’t prohibit development. You just have to prove to planning that you must build there, it can’t be avoided. That is only good practice. You must show what you will do to mitigate a flood, and not make it worse for others. So even though Portlaoise is in a Zone A, some development can happen,” he said.

The OPW is creating flood risk maps of Ireland, with a budget of €430 million over six years to build defences.