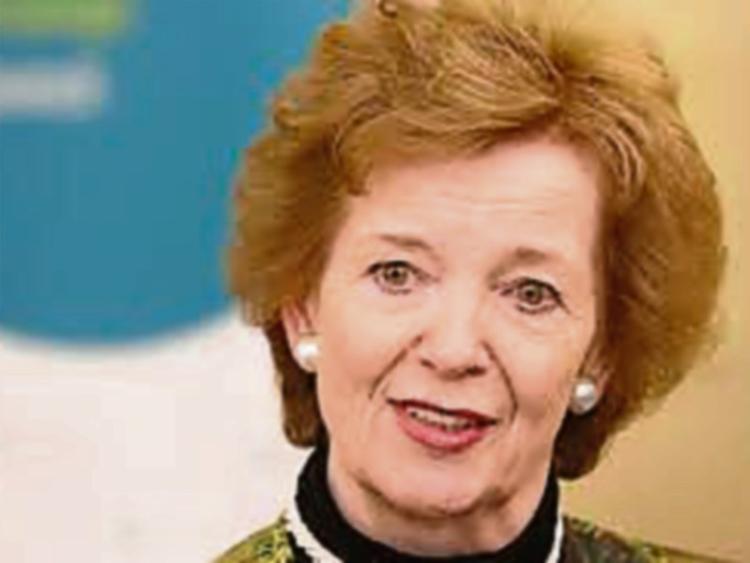 Responding to comments made by former President Mary Robinson at the One Young World Summit in Ottowa in which she urged the 1,300 delegates to eat less meat and “become vegetarian or vegan”, the Chair of Laois ICMSA, Donald Scully said that the many thousands of Irish people who worked in the State’s beef and dairy sectors would be taken aback by “the sheer disconnect demonstrated in her remarks.”

Mr Scully said that Mrs Robinson must surely realise that the issue was much more complex than simply urging individuals to reduce their carbon footprint by becoming vegetarian or vegans.

He said that there were a several layers of environmental, agri- economic, socio-cultural and political considerations that had to be incorporated into any meaningful policy and addressing the challenge of climate change was not helped by rather glib exhortations that involved throwing out millennia of dietary practice while undermining our biggest indigenous economic activity: food production.

The Ballyhyland farmer said that whatever solution we adapt was going to cost money and ICMSA does not see the point in wiping out or undermining the very sectors through which we’ll raise the money needed to address this.

“There is as well the whole area of healthy diets and there was an onus on everyone contributing to these debates to consider the words and remarks carefully given the longstanding issues around body imaging and protein and calcium deficiency in certain specific groups like, for instance teenage girls.”

Mr Scully said that Mrs Robinson is of course entitled to her views but we could reasonably expect her to take reality as her starting point.

“Climate Change is the greatest challenge facing mankind and there’s no room for this kind of facile sensationalism we saw from Mrs Robinson in Ottawa.”

He concluded by noting that one of the easiest and most straightforward ways of reducing our individual carbon footprint is to radically examine whether it’s either necessary or desirable to fly around the world from seminar to seminar urging others to give up meat and dairy for the planet’s sake.

In the list of things we can do to address global warming, superfluous air travel would be a lot higher up most people’s agenda than environmentally sustainable production of milk or meat, he said.