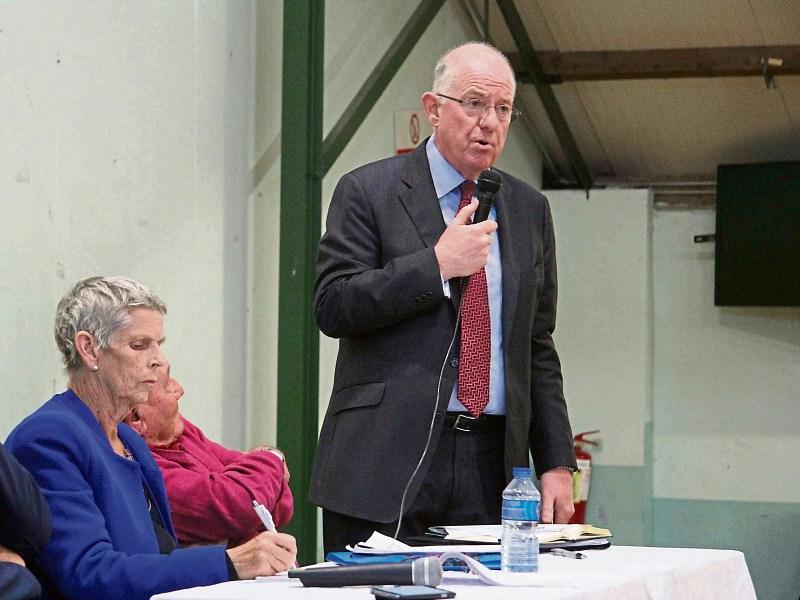 Laois TD and Minister for Foreign Affairs and Trade, Charlie Flanagan, has claimed that there are no plans for the HSE to move maternity services in Portlaoise to Tullamore.

The propsal was made as a long term solution to the safe delivery of maternity services in Portlaoise and other small hospitals in the midlands in letter written by the chief executive of the Dublin Midland Hospital Group Dr Susan O'Reilly and revealed by the Leinster Express.

Dr O'Reilly has submitted a plan to the Department of Health for the future of Portlaoise hospital though it is not clear if the Tullamore relocation was included.

Minster Flanagan said he had received reassurance from the Minister for Health.

“There is no reason for fear and anxiety on the part of the people of Laois and the surrounding area. Rumours and speculation should also not be allowed to affect the morale of the staff at the hospital,” he said.

The Minister was responding to the letter in which Dr O'Reilly put forward the move to Tullamore as part of a solution to anaesthetic cover for Portlaoise's maternity unit.

“One area for consideration would be the establishment of a single maternity unit in the greater midlands area located at the Midlands Regional Hospital, Tullamore to relocate a number of smaller units in the region.

“In the interim the ongoing development of the CWIUH (Coombe) / MRHP (Portlaoise) Maternity network is essential; however this will also require capital investment on both sites.

“Our intent is to develop the Coombe/Portlaoise solution first as any Tullamore solution requires much more capital investment and long term planning so it is not likely to be achievable for several years,” concludes the letter.

The letter was sent to Dr Colm Henry who is national Clinical Advisor and Group Lead at the Acute Hospital Division at Health Service Executive HQ.