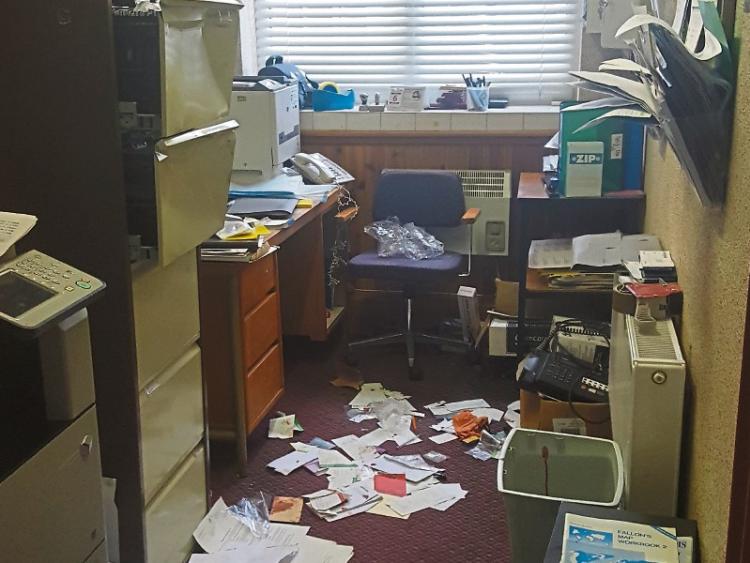 The sheer audacity of robbers and thieves is in clear view this week in the detail of two stories carried by this paper.

They are the robberies at JK Autos on The Heath and the latest break in at St. Fintan's National School in Mountrath, which is the third time in five weeks.

This latest burglary is expected to cost €10,000 in damages. Over the course of the three robberies laptops were taken, including one for a child with special needs in the latest instance. Also the school safe.

In the wake of this onslaught the school is now considering building a strong room, install dusk to dawn lights and make its perimeter safer.

If this all sounds a bit like Fort Apache, then that's maybe because it is.

To enhance its security the school will now have to fundraise.

The robbery at JK Autos on The Heath may have involved the use of drones for recognisances, clearly suggesting the increasing sophistication of criminals and their use of technology for their own nefarious ends.

According to the owner the raid, which included the theft of two cars, has cost the business in the region of €70,000 due to the theft of a lot of valuable equipment.

The owner of the garage said that only for having the proper insurance in place, he would be out of business as a result.

The cost to the school and the car business is huge and trying to absorb these costs is an immense challenge.

This is a factor that is often overlooked when we talk about crime, but for those affected it is a sombre reality.

No one can afford to take these big hits on their livelihoods. Yet the school has been done three times, and the garage owner is feeling increasingly vulnerable due to this proximity to the motorway.

And they are by no means alone.

The cost of insurance and securing against criminality is a significant cost for many businesses and community initiatives.

And this at a time when we are told the official figures for crime are down.

Let's remember also that these are only two headline cases this week. There are more, and no week goes by without some other instance.

Only last week, we had the property recovery day in Portlaoise, in which the victims of theft spoke openly about how much they had lost and what it cost them.

These are the realities of crime now, and combating it is proving expensive and time consuming for people who can ill afford it.