Flying machine that put Portlaoise on the map 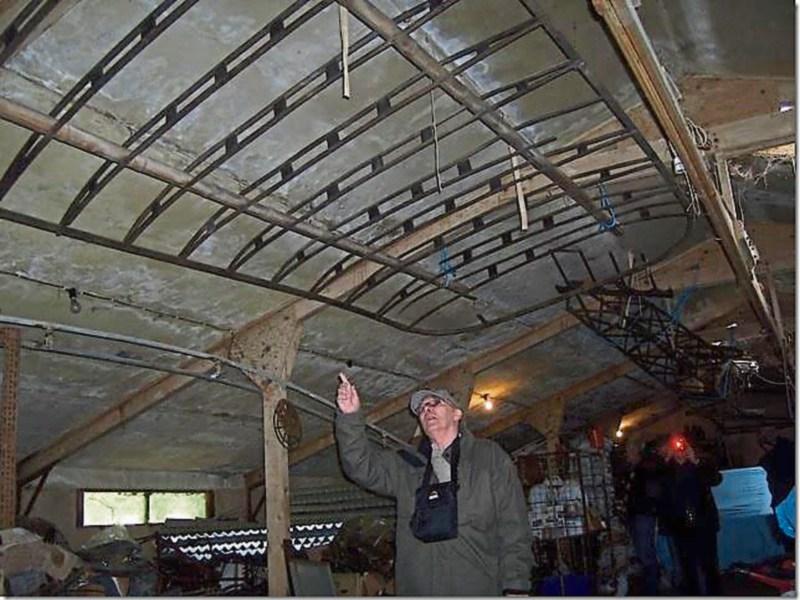 I read your article in the Leinster Let’s talk about Portlaoise. You recalled how business had drifted away from the town centre, the loss of footfall and the many opinions put forward at a meeting as to how footfall might be increased.

My suggestion is that the 1912 Flying Machine that put Portlaoise on the map as the birthplace of aviation in whatbecame the Republic of Ireland, be brought back to the town from the museum in East Sussex where, with other exhibits, it draws in the crowds.

I know from my late father, William Rogers, who worked on the plane that in the early 1900s with the advent of the internal combustion engine enabling the growth of motor traffic, Frank Aldritt of Maryborough established an automobile garage/workshop, situated on the corner of Railway Street and Tower Hill, Maryborough.

The business progressed to the point where Frank, turned his attention to aviation and assisted by Louis Aldritt, William Rogers and John Conroy went to work designing and manufacturing an aircraft, not unlike the Bleriot machine that in 1909 made the first crossing of the English Channel in a heavier-than-air machine.

Aldritt's biggest problem with their aircraft was in the design of the engine.

It’s necessary to understand that in those early years of the internal combustion engine, both weight and lack of speed were problems.

Weight was in the region of 10 to 15 pounds per horsepower output, opposed to only 1 or 2 pounds nowadays and was slow to the degree of only 1000 revs per minute compared with 2/ 5,000 today.

These limitations were of no great concern for automobiles that generally travelled at 30/40mph in that era, but proved a considerable problem for aircraft, so much so that

Aldritts first attempt at flight in 1912, in a field that belonged to the parish priest (now CBS sports field) failed. Trials went ahead however, and in 1914 with a redesigned engine, the plane was conveyed by road to the Great Heath of Maryborough, where it took off successfully, became airborne and flew for several hundred yards before coming in to land once more.

As the Harry Ferguson flying machine was claimed as British, this left the Maryborough plane as the first heavier-than-air machine to be manufactured and flown in what became The Republic of Ireland.

My late father, William Rogers, had told me of the plane’s manufacture and flight and I remember as a schoolboy at CBS Tower Hill seeing daily a propeller over the entrance to the old Aldritt works, corner of Railway St & Tower Hill, Portlaoise.

Then during a holiday in the south of England I joined a party of enthusiasts on a visit to Filching Manor Museum, Jevington Road,

Near Polegate, BN26 5QA, East Sussex. At the start of the tour, over coffee in the Medieval Manor, the proprietor, Karl Foulkes-Halbard, explained that his museum exhibits were rather extraordinary in that without exception they were all record breakers, winners or historical firsts of one type or another.

And what a magnificent collection we were then privileged to see and, amazingly, there among

Sir Malcolm Campbell’s Bluebird K3 in which he took the water-speed record on Lake Maggiore on 1st September 1937; several Campbell cars; Fangio’s very own racing car; a selection of other cars including Bugattis, Mercedes and a Formula 1 winner; various record-breaking motor cycles and boats was the exhibit that really set my pulse racing, the 1912 Portlaoise Aeroplane on which my father had worked, the FIRST Plane to be manufactured and flown in the now Republic of Ireland by Aldritts of Portlaoise or Maryborough as it was 100 years ago.

What a thrill it was for me to see the massive wings with the two main spars in each wing consisting of rather large round bamboo poles to which a total of 15 cross-members or ribs of a lightweight timber are attached - the canvas covering having long since gone. The fuselage too, minus its outer covering of course , is in remarkably good condition, complete with tail assembly, cockpit, seat, rudder bar and pedals.

The complete aircraft including both large wings and fuselage well preserved after 100 years and would be easy to restore to its original condition.

The party wondered, as indeed I did, as to why this rare craft which had put Portlaoise on the map as the birthplace of Southern Irish aviation, had not been restored in Portlaoise and put on show as a memento of bygone achievements.

I wonder how many people in Portlaoise are aware of this momentous happening in their relatively recent history? Why don’t Laois County Council, erect a replica of the plane in the Market Square to highlight for posterity the avionic achievements of some former townspeople.

I have noticed that towns throughout Scotland, England and Wales, obviously with the intention of attracting tourists, highlight, promote and honour objects of much less historical value that the Portlaoise Aeroplane. The very first plane to be manufactured and flown in the Republic of Ireland!

It never ceases to amaze me that the authorities in Portlaoise have neglected to promote this record-making machine, while their counterparts in Northern Ireland celebrate the Ferguson monoplane with a full-sized replica in the Ulster Folk & Transport Museum and another replica of the plane coming in to land near the A1 dual carriageway at Hillsborough.

One thing’s for sure, promoted in a proper manner with the Irish Air Corps in attendance at the unveiling, an increase in the footfall would be assured and with the original plane restored and on show in a new museum in the town alongside other items of historical interest, a constant flow of peoplewould follow.