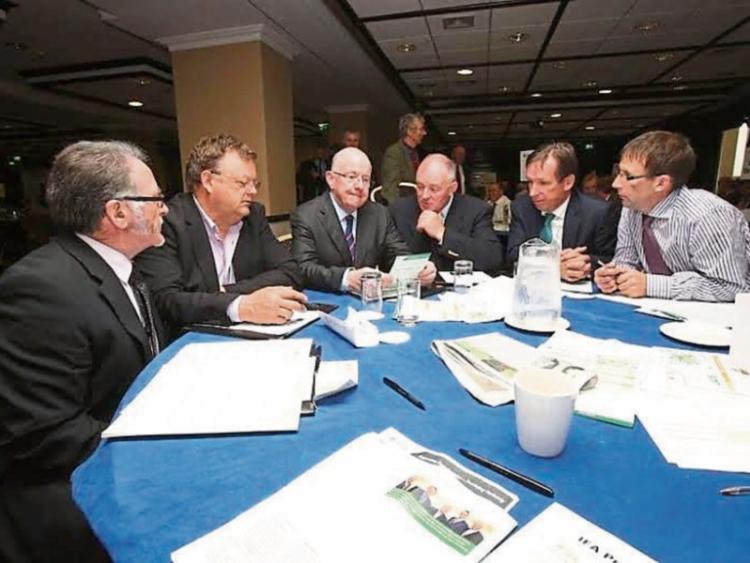 Next month's Budget is a major test of the Government's commitment to farm families, IFA President Joe Healy said last week when the IFA addressed Oireachtas members as part of their pre-Budget campaign,

At the briefing the IFA also highlighed a five point plan for farmers hit by weather losses.

It includes an aid package for tillage farmers affected by crop losses, a fodder scheme for farmers who don’t have enough silage saved, prompt payments and flexibility on slurry spreading.

Joe Healy said the Government must use Budget 2017 to take funding and taxation decisions to alleviate farm income difficulties and underpin the longer-term development of the sector.

IFA is clear that, having experienced a reduction in funding to the agriculture budget of almost 40% during the downturn, there must be an increase in funding in this year’s budget for important farm schemes.

On Farm Schemes, the IFa is looking for:

- Funding of €250m for agri-environment schemes.

- Introduction of the targeted sheep scheme of €25m, with minimal costs and bureaucracy on farmers, to maximise its benefits.

- Additional funding for the ANCs to reach €225 to begin restoration to 2008 levels.

- Immediate reopening of the Beef Data and Genomic Programme to allow new participants, with additional funding of €25m to increase support for the suckler cow.

- A funding allocation of €50m to the TAMS II programme to meet the demand across all farming sectors for on-farm investment.

- In addition, Farm Assist is a vitally important scheme for low-income farm families, particularly in a year like 2016.

IFA recognises the commitment to a review of Farm Assist in the Programme for Government.

The income and child disregards that were fully abolished in recent years must be reinstated.

Budget 2017 also provides the opportunity to address ongoing challenges in farming through the taxation system. Income volatility is a real challenge.

The barriers preventing more farmers from using income averaging must be removed as a priority. A more targeted and individualised volatility scheme is required.

To maximise the number of farmers using income averaging, the current restrictions on eligibility where the farmer’s spouse is in self-employment must be removed

The income averaging system must be adjusted to allow a farmer on averaging, in a year when income falls significantly, to pay the tax due for a single year only.

The deferred tax would then be carried forward and paid over a three-year period. This flexibility could assist greatly with cashflow pressures.

Farm restructuring relief must be extended beyond 2016 to provide farmers with the opportunity to consolidate their farm holdings.

Last October’s budget finally saw the first steps in removing the discrimination of the self-employed in the income tax system with the introduction of the Earned Income Tax Credit.

IFA recognises the commitment in the Programme for Government to increase this to match the PAYE credit, by 2018.

However, IFA believes that the Government should equalise the credits fully by 2017, which would give a direct cashflow boost to farmers and other self-employed.

The lack of competition and flexibility within the banking sector is affecting farmers’ ability to secure finance at a reasonable cost Extending merchant credit to deal with cashflow pressures is a high cost and inefficient form of short-term farm financing.

IFA has identified clearly that the Government, and Minister for Agriculture, must deliver alternative sources of lower cost long and short term funding for farm enterprises.

The €11.1m funding allocation for dairy and other livestock farmers agreed by the EU in July must be matched by national funding.

This must then be used to help farmers with their cash flow difficulties.