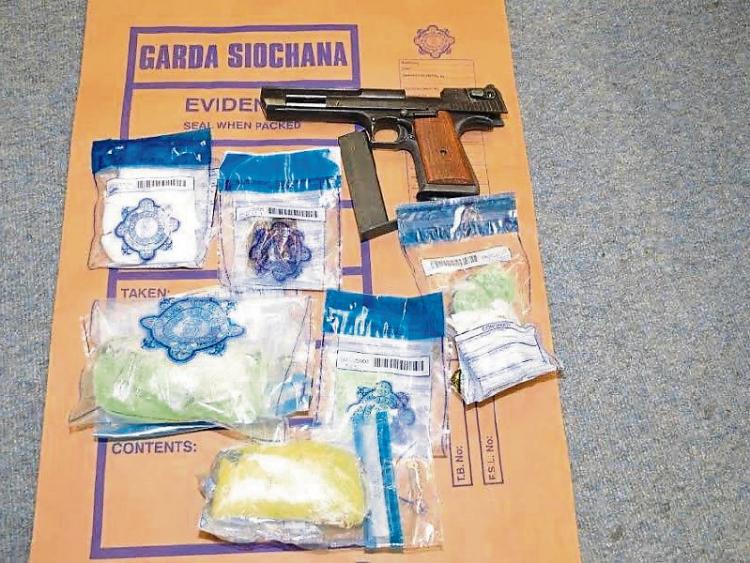 Sixty-four persons have been arrested by Gardaí during a day of action as part of Operation Thor in the Kilkenny and Carlow.

Twenty-two people were detained for a range of matters including theft, assault, fraud, misuse of drugs and burglary offences.

Nine people were arrested for the purpose of charge and appeared before sittings of Carlow and Kilkenny District courts.

Thirty-three people were arrested on the foot of committal and penal warrants.

A total of 29 houses and one business premises were searched in Kilkenny City, Urlingford and Castlecomer during the operation.

Drugs, including heroin, ecstasy, cannabis, cocaine and amphetamines valued at €34,000, were seized.

A grow house was also discovered at a house in Castlecomer where cannabis plants with an estimated value of €4,000 were also seized.

A handgun was recovered during a search of a house in Kilkenny city.

60 checkpoints were carried out across Carlow and Kilkenny during the course of the day.

Over 130 Gardaí were involved in the operation, along with 50 students from the Garda College.

A visiting group of 30 European police officers also attended a briefing at Kilkenny Garda Station and were present at some of the checkpoints as observers.

Speaking at the commencement of the operation Chief Superintendent Dominic Hayes said, "The objective of the operation is to disrupt criminals living in and travelling through the Kilkenny/Carlow Division.

“Criminals will be deterred from committing crime in an area perceived as being heavily policed. This operation will also assist in the detection of criminal offences through proactive policing activities.”