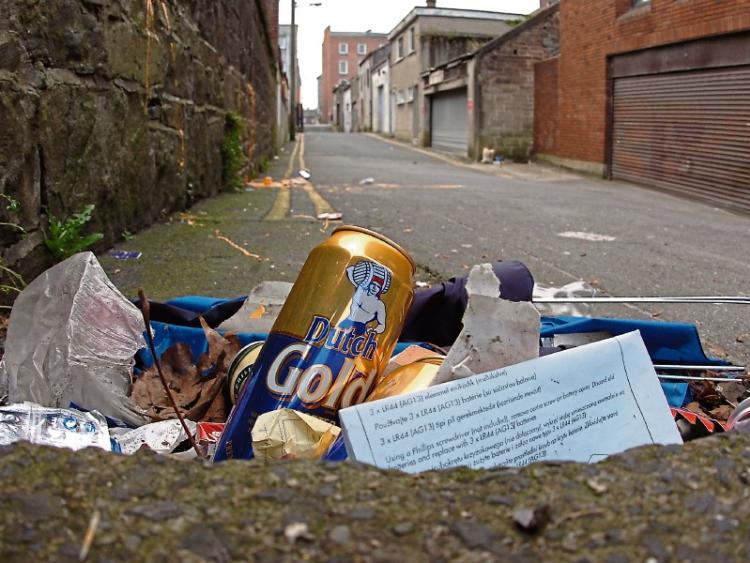 Install rubbish bins near the play area in Pairc an Phobail, proposed Cllr Catherine Fitzgerald, as people have complained that there are no bins in the area.

“We need to get children into the good habit and using bins,” she said, at the recent meeting of the Portlaoise Municipal District in Laois County Hall.

Supporting the motion, Cllr Willie Aird declared: “We are a desperately dirty nation.”

He said that he knew there was a cost to having bins, but asked isn’t it better to have that cost than the cost of having to look at litter-strewn areas.

“There should be at least three more bins down there,” he said. “There are little picnics going on down there and we’re encouraging that.”

Cllr John Joe Fennelly said that people were coming into the park with household rubbish with which they were filling the bins.

“60 percent of the bins in Mountrath are household rubbish, it’s a terrible situation,” he said, suggesting that

Cllr Jerry Lodge remarked: “It’s better for people to put rubbish into bins, rather than throwing it into people’s gardens.”

Cllr Caroline Dwane Stanley said that even in the local graveyard, people were coming in and emptying their rubbish into the rubbish bay.

Director of services, Mr Kieran Kehoe said that if there was no litter problem in an area then the council shouldn’t install a bin, as he claimed that bins can cause a litter problem.

A written response to Cllr Fitzgerald’s motion was read out to the meeting from Ms Anne Marie Maher, sports officer.

Ms Maher said that the sports and leisure section is actively encouraging a Leave No Trace Policy in our playgrounds. This is indicated on the signage at the playground in Pairc an Phobail.

In addition to the environmental benefits it also decreases the risk of wasp stings to children at play.

There are numerous bins located at various locations around the park and close to all exits, Ms Maher concluded.