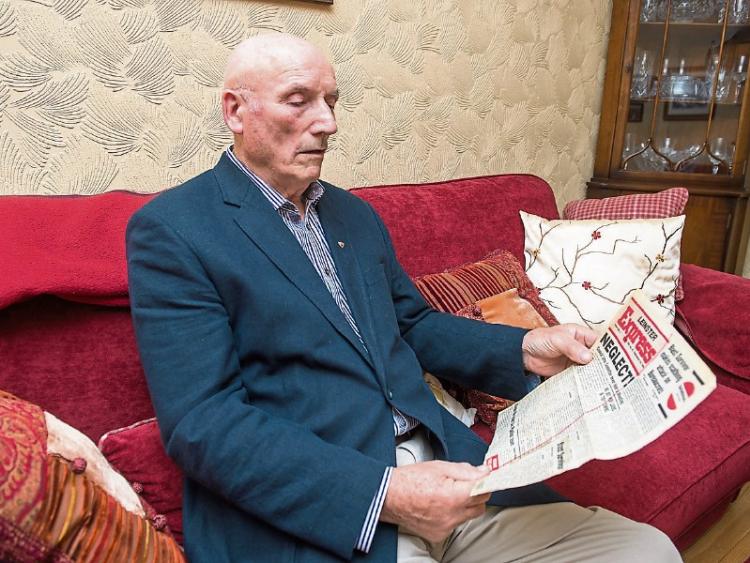 A courageous retired garda has called on the Garda Commissioner and Government to ‘do the decent’ thing’ and recognise the bravery of gardaí who were caught in an IRA bomb near Portarlington which killed a young officer.

Next weekend a 40th Anniversary Mass will be celebrated in Portarlington in memory of the late Garda Michael Clerkin who died on October 16, 1976 at a farmhouse in Garryhinch.

Four other gardaí were injured and one of them, Tom Peters, was left deaf and blind as a result.

Retired garda sergeant, Jim Cannon also has lifelong injuries. He called on the authorities to award the Scott Medal, the Garda bravery medal, to the family of Michael Clerkin, himself, Tom Peters, Ben Thornton and Gerry Boyhan. The survivors of the bomb have retired but live with the injuries and nightmares of what happened.

In 2001 retired detective Peters pleaded with the authorities to at least recognise the sacrifice made by Garda Clerkin by presenting the medal to his family. He blamed ‘self-serving bureaucrats’ for blocking the award which has been given to hundreds of gardaí .

Jim Cannon repeated this call last week for all five.

“If Tom Peters had a medal in his hand it would mean something.

“He can’t see or hear (as a result of the bomb) but if he had a medal - of course it is not too late yet - if they do the decent thing and award the Scott Medal.

“Come the 50th there won’t be many of us around,” added the former Portarlington sergeant.

The five gardai were lured into a trap after a warning that an IRA gang was about to attack former Laois Offaly Fine Gael TD Oliver J Flanagan. When they investigated, Garda Clerkin, from Monaghan, entered the building but was almost immediately blown up.

The Garda Press Office said there is no policy to reveiw cases where gardaí were not given the Scott Medal.

The Mass, which has been organised by Laois gardaí, will be celebrate at St Michael's Church on Saturday, October 15 at 3pm.