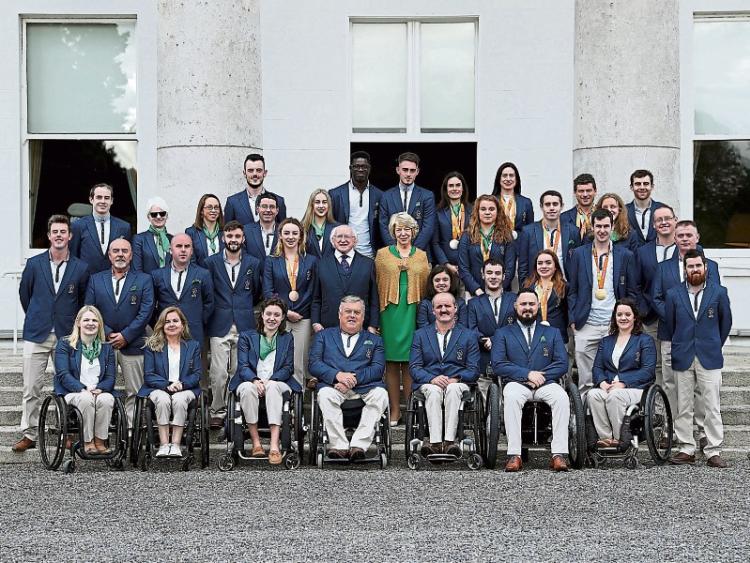 Teen champion swimmer Nicole Turner from Portarlington was at Áras an Uachtaráin today with Team Ireland for a special receoption to honour their achievements at the 2016 Rio Paralympics.

Nicole aged 14 was the youngest Team Ireland member in Rio, where she qualified for five finals and achieved three personal bests.

She was also given the honour of carrying the Irish flag at the closing ceremony.

President Higgins invited the athletes and their coaches to Áras an Uachtaráin to personally congratulate them on their achievements at the Paralympic Games and on their role as representatives of Ireland on the international sporting stage.

He thanked them for a “truly thrilling” Paralympics where 11 medals were achieved, and many individual records broken by the 48 strong team.

“We in Ireland are proud of you and are very grateful to you for going the distance of your training and participation, making so many sacrifices, to be the very best, and to be Ireland’s best,” he said.

Nicole was accompanied by her proud mothe Bernie, who shared their official invites on social media.

“On our way to the Aras to meet President M D Higgins and his lovely wife Sabina. What a privilege,” she said.