Laois teenagers coping with 'an immense pressure to succeed' 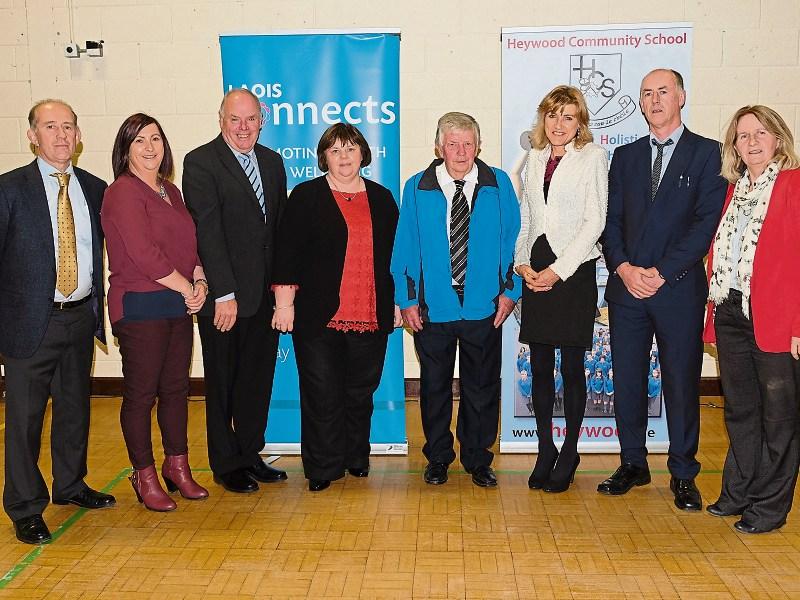 Laois parents have been urged to have confidence in their abilities to help teens through emotional issues, by the head of St Patrick’s Mental Health Services.

“If your child is having problems, encourage them to stay hopeful, speak to someone, and agree a strategy. Stay calm, listen to what they have to say, take it on board and work with them. A lot of times, that is enough,” said the psychologist, who is also a former chief of the ISPCC.

He advised parents to mind themselves too when they have a distressed child.

“Maintain your own stamina. It saps you as there is no quick fix. I’m sure Laois is the same as Dublin, there’s hundreds of people out cycling, running and doing weights, but pressures are coming at us from the emotional side, so make sure you do one simple thing that is enjoyable every day, you’d be amazed that a lot of people don’t,” he said.

He blames a national stigma around mental health for the lack of money allocated to services.

“The lack of resources is not by virtue of a mistake. We got no money in the budget because of the stigma. Stigma is from fear and lack of knowledge. We are afraid because we’ve all been in the situation where we are not able to cope, nearly out of control, maybe not in touch with reality. Only 50 years ago people were institutionalised. People are still not sure if mental illness is curable, or people who have it are normal. ” he said.

That stigma means that many children go unseen.

“We have no idea of the amount of children in unidentified distressed families. Over 2,000 children are waiting for a CAMHS team, 70 children were admitted to adult in-patient wards last year, but not in St Pat's, 472 children in care have no social worker and 673 have no care plan,” said Mr Gilligan.

Stigma must not pass to children he said.

“It is important to beat the stigma, because otherwise if our children and teens declare they have a difficulty, we will blame ourselves, or think our child will never have a normal life, or we avoid or pretend the problem is not there, and that contributes to the difficulties,” he said.

He was asked by a local parent what are the signs when a teen is distressed.

“Girls will cry a lot. Boys generally don't, they go quiet or lose their temper. Not wanting to get out of bed, anxious, having hysterical fits when small things go wrong. If behaviour is out of the ordinary, with no reasonable explanation, just check with them, ask in an open way, give them a chance to talk,” he said.

“If they reveal a problem, it indicates that they are strong, because in our day it would stay hidden. What society is asking them to cope with is extraordinary, like facebook, instagram, and an immense pressure to succeed,”he said.

“We think a teenager’s purpose is to grow up. It’s not, it’s to be a teenager. We can’t change them, they change by themselves, so it’s important that we empower them, that they build ego, a sense of themselves, of meaning, control and self responsibility. They will build emotional health if they know they are loved, they are good people, and they feel happy and safe. Incredible things happen when you believe in children,” Mr Gilligan said.