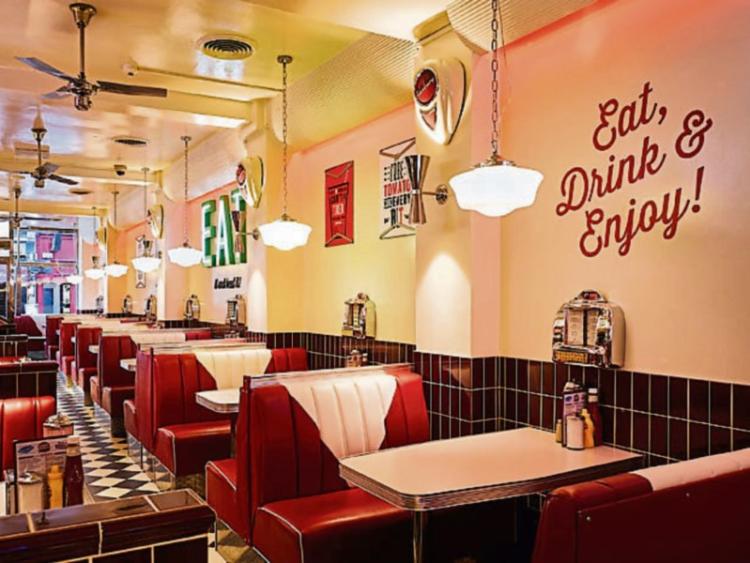 One of Ireland’s most popular restaurants chains is set to open in Portlaoise and judging by the reaction to the news on social media it is sure to be a big hit.

Eddie Rockets, a 1950s American style restaurant, is set to open next year at the Laois Shopping Centre with a Durrow woman at the helm.

Catherine Wilson (nee Gilligan) revealed the news to the Leinster Express as the first ads appeared in the paper for 25 staff. The businesswoman has been working on the €500,000 expansion of her franchise into her native Laois.

“We’ve got Eddie Rockets in Carlow and Kilkenny and we are opening in the Laois Shopping Centre right beside Ulster Bank. We are taking two units there so. It will be a hundred seater restaurant. I would have liked if it was bigger, but it is big for there.

“We’ve been in Carlow five years and Kilkenny for nine years. We are well settled in both so please God Portlaoise will be as good as the other two diners. I opened the Kilkenny branch in the recession and we are still surviving,” she said.

Ms Wilson is making the investment because she believes that Portlaoise is on the up economically.

“We are looking at a €500,000 investment and we are looking for around 25 staff. We will be open seven days a week from early in the morning until 11pm at night,” she said.

“Eddie Rockets is very popular and good for families. We look after all types from students to mature to families. The food is very good and it all comes to order and it is an Irish brand,” she said.

It is hoped that the chain will be open in January. While Catherine realises that this is not a great time to be opening a new business she can expect a steady stream of customers.

Two stories published by the Leinster Express on its website reached almost 50,000 facebook users within a week of the story appearing online.

Catherine is a Durrow native. Daughter of John and Ann Gilligan, she comes from a family of seven - five girls and two boys.

She is the only one of her family in the catering business.

“It is hard work and long hours. You need to love it and I love it,” she told the Leinster Express.

She is looking forward to bringing her business home.

“It is exciting really. I am just delighted really that I am going into Laois I really am. I am probably more happy about this franchise than any. It is nice to bring something to Laois and hopefully it will have a good name there.”

Before the restaurant could open a planning application had to be submitted to Laois County Council for a change of use of two units which formerly housed finance and insurance outlets. Permission has had to be obtained for a restaurant business.

Planning permission was given by Laois County Council early this month on the basis that a number of conditions were met.

These included that the resturant opening hours would be no differant to the shopping centre and that €7,524 contribution is paid to Laois County Council.