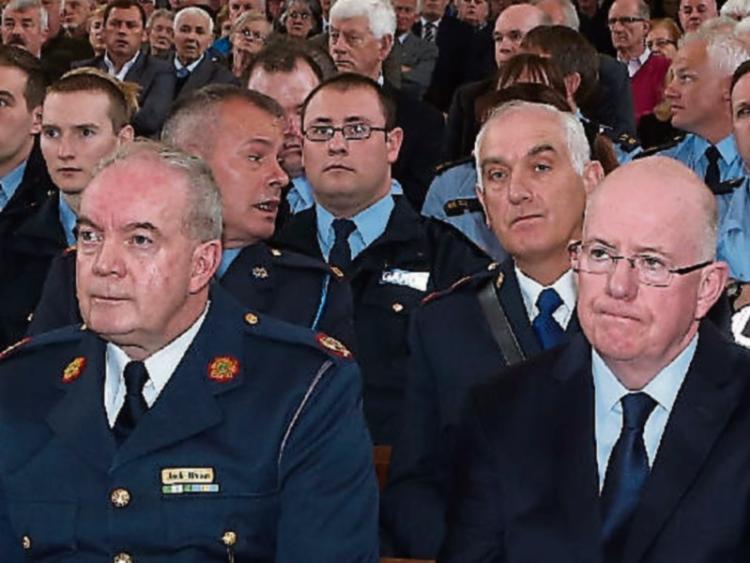 The anniversary Mass at St Michael's Church brought back many memories for Laois TD and sitting Government Minister, Charlie Flanagan.

The IRA bomb attack on the five gardai followed a warning made to Laois Gardaí claiming that a gang was holed up in Garryhinch ahead of some form of attack on Minster Flanagan's father, Oliver J.

As it turned out this was a trap which killed Garda Michael Clerkin and injued four others.

“This Mass brings back memories of a very sad occasion in 1976 which was one of the most serious of The Troubles,” Minister Flanagan told the Leinster Express.

“ I remember the evening vividly. The explosion took place after the Late Late Show we had been watching at home. My father received a phonecall but he didn’t disclose the nature of the phonecall to us, but he said there is no one to leave the house. An hour later the explosion occurred.

“They were trying to kill the gardaí who were acting to protect us. It was a dreadful night. My father was shocked. I went to the funeral with him in Monaghan a few days later. It was dreadful.

“I had been working in a pub in London in the summer and the British Ambassador had been murdered in a booby trap. It wasn’t nice being Irish in London at the time. And then this took place on our own doorstep.”

Minister Flanagan said he believed the bravery shown has to be recognised.

“I have spoken to the Minister for Justice, Frances Fitzgerald about it and the Garda Commissioner and I believe it is long overdue.

“ The gardai should be rewarded fully for their bravery and especially for Garda Clerkin who lost his life and paid the ultimate sacrifice. He was protecting my family and my father,” said Minister Flanagan.

The mass was also attended by Laois Fianna Fáil TDs for Laois and Offaly Sean Fleming and Barry Cowen.