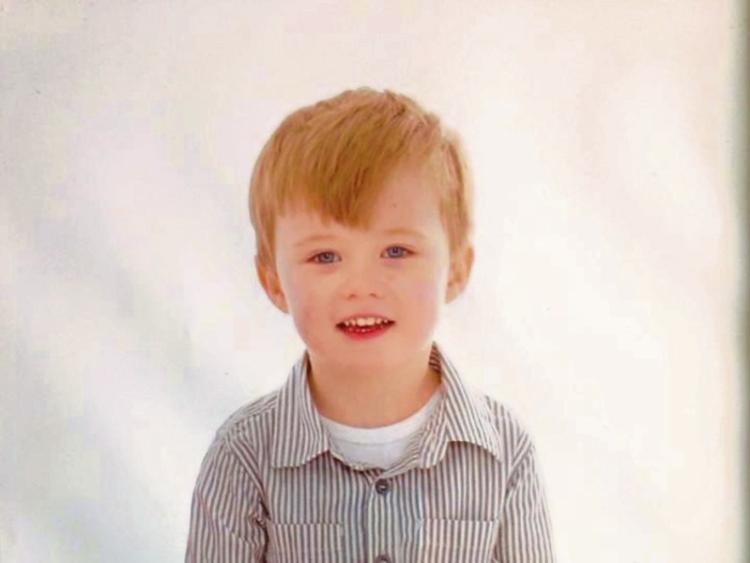 Finbarr O'Rourke, the drunk driver who was jailed for causing the death of four-year old Ciaran Treacy at Ballymorris, Portarlington two years ago, has launched an appeal to his seven and a half year jail sentence.

Ciarán’s mother Gillian was driving the car when the crash occurred and suffered severe injuries. She had to attend Ciaran's funeral on a stretcher.

Judge Keenan Johnson sentenced O’Rourke to seven-and-a-half years imprisonment at Portlaoise Circuit Criminal Court on November 3rd, 2015. At the time the Judge said that the tragedy was “a wake up call for society.”

Opening an appeal against the sentence, O’Rourke’s barrister, Conor Devally SC, submitted that the tariff was too high and O’Rourke was not given due mitigation “perhaps . . . because the (sentencing) judge was so moved by this case.”

According to an Irish Times report on the case, Mr Devally said O’Rourke “should be sentenced for what he did,” but the view was he had to be “seen as an example rather than an individual.”

Mr Devally said something greater had interceded against the interests of O’Rourke, enhancing the tariff and reducing the mitigation that would normally apply.

Mr Devally said the sentencing judge appeared to be “unhappy the tariff is only 10 years” and was “railing perhaps against where he can go”. He had noted that the maximum in England was 14 years, the court heard.

Mr Devally said it was difficult “for me to even do this” because it made O’Rourke seem as though he wanted to minimise what he had done. “He does not.”

O’Rourke had turned his personal life around, had “utterly changed” his relationship with alcohol, and had recently expressed an interest in making himself available to the likes of the Road Safety Authority in the advocacy against what he himself had done.