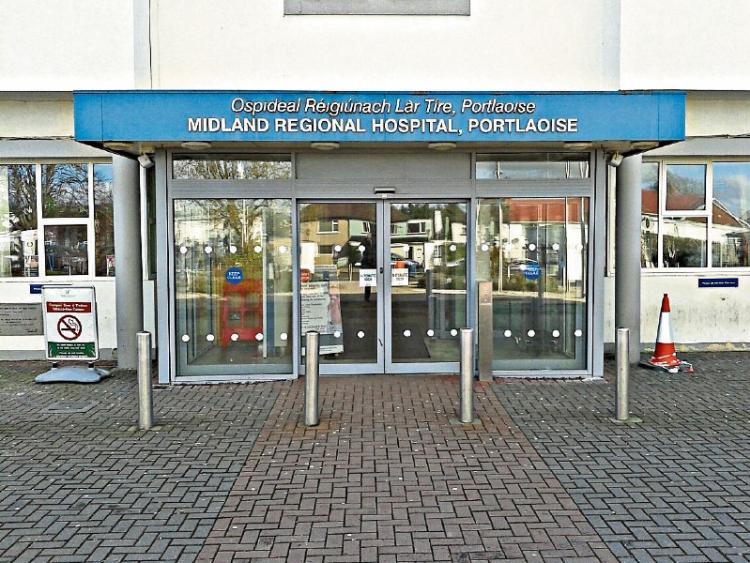 Members of the Portlaoise Municipal District have slammed the Government for generating negative publicity around Portlaoise Hospital, and have called on the Minister for Health to guarantee the retention of vital services.

At the October meeting in County Hall this week, Cllr Willie Aird called on the council to request that the Minister for Health, Mr Simon Harris, guarantees in writing that the services of the maternity unit and accident and emergency department at the Midlands Regional Hospital, Portlaoise, remain in the hospital.

“It’s of vital importance we don’t talk it down, we must keep it talked up, we have a maternity unit and there has been investment in it and we want to go forward with it. The Minister is the only person who can give a guarantee,” said Cllr Aird.

Cllr Noel Tuohy challenged this final point, saying that Minister Charlie Flanagan and Sean Fleming TD could also save it.

“I was chatting to a nurse in the hospital and there are worries up there, we need answers,” said Cllr Dwane Stanley.

Cllr Catherine Fitzgerald said that the local GPs and the consultants in the hospital were a credit to the county, and a lot of people had been fighting hard in Laois to save the hospital.

Cllr Mary Sweeney remarked that there was a lot of negativity surrounding the hospital and everyone was very concerned.

“I feel very sorry for the staff, there was so much put into the hospital and it’s dreadful to see services being taken away from it,” she said.

“Why is there at all times a question mark over the hospital?” asked Cllr Jerry Lodge, going on to say that it was the top level of Government that was the source of any negativity.

Cllr John Joe Fennelly, cathaoirleach of the municipal district, said that an urgent meeting was needed with the Minister.

Praising the difficult conditions under which the hospital staff were operating, Cllr Fennelly said: “I don’t know how the staff can go in there on a daily basis, it’s a credit to them.”