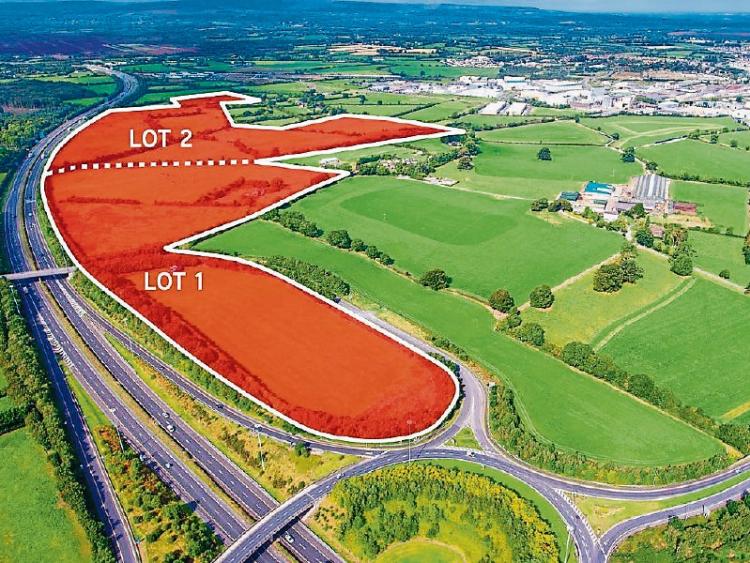 Plans for a big distribution hub that had huge jobs potential in Portlaoise are on the rocks following the move to sell the land earmarked for the project.

The 109-acre residential farm, which formed an intrinsic part of the proposed site of the inland port and national transport node is now on sale on the instruction of the receiver McStay Luby, who is the receiver of TK Contract Systems Limited.

The property is guided at €2.2m for its entirety.

In the heyday of the plans for the Port or National Enterprise Park it was envisaged that the Togher site would be a major commercial hub for the county and wider region, promising jobs and industry.

The plans for the complex included a motorway services area, a park-and-ride facility with a rail link station, office blocks, retail warehousing and manufacturing quarters.

The land is zoned Enterprise and Employment.

The Colliers International website notes that there is “significant infrastructure already installed by a Local Authority” and the property is “designated as strategic in the natural expansion of Portlaoise.”

It is classed as an “excellent investment opportunity,” with “ideal off-line motorway services site (subject to planning).” At the time of the announcement of inland port plans in Dublin some years ago it was envisaged that work on it would commence quickly.

In 2010 Laois County Council published its masterplan for a National Enterprise Park at Togher.

Laois County Council has declined to comment on what next for the project.