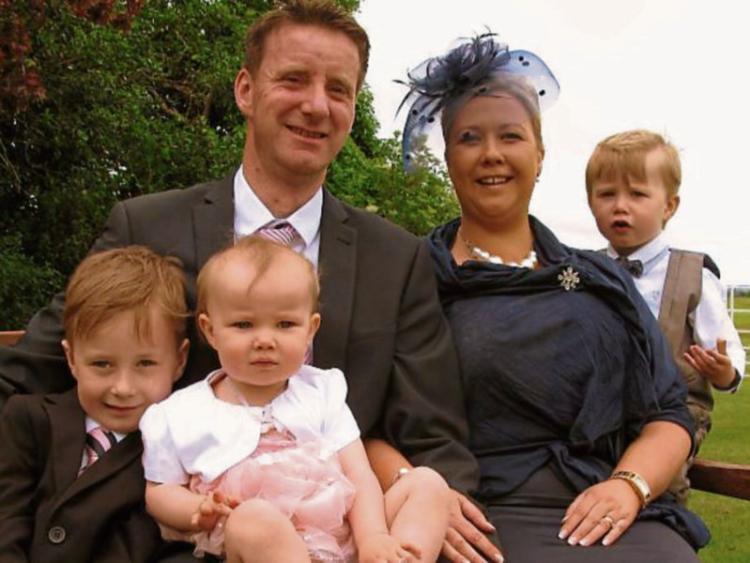 The mother of little Ciarán Treacy, who was killed by drink driver Finbarr O'Rourke, are in shock and left in tears after his sentence was cut on appeal yesterday.

“Hopefully he will leave us alone now,” said Gillian Treacy from Portarlington.

“ Get on with his sentence and leave us be. We can't take any more from him,” a heartbroken Gillian told the Leinster Express yesterday.

The Portarlington family knew as far back as last November that O'Rourke would be appealing his seven and half year sentence for dangerous driving causing the death of Ciarán, leaving them in limbo.

Yesterday, Monday October 24, Gillian and Ronan Treacy sat in the same court room as Finbarr O'Rourke, in the Court of Appeal.

“It was very tough sitting opposite him,” she said.

O'Rourke's sentence was reduced to eight years, with the final two suspended, as a recognition of his “ remorse”, his plea of guilty and to incentivise rehabilitation.

“We are disappointed. No sentence will equal what we are going through. He can have his sentence reduced, but we can't bring Ciarán back,” said Mrs Treacy.

Still badly injured from the head on car crash, Gillian is in a wheelchair with an external frame and internal pins on her damaged leg.

She said the family was numb with shock yesterday.

“We had no inclination of what way it was going to go. We were very numb until we got home, then the kids came in and everything hit and we were upset,” she said.

She noted that the six years the drink driver will serve, is still longer than others have been handed.

“In comparison to other cases before this, his sentence is still among the highest,” she said.

The family have been indundated with support from wellwishers, both local and from around the country. “People have been fantastic,” Gillian said.