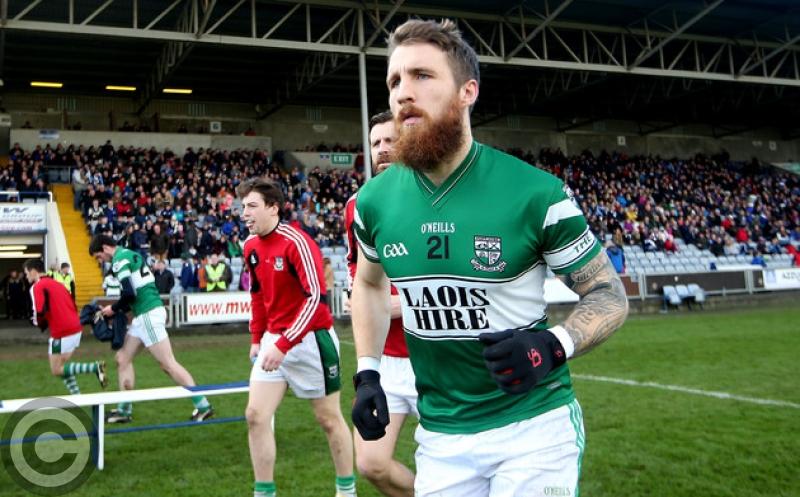 Zach Touhy in action for Portlaoise.

Portlaoise's Australian Rules football star Zach Touhy is to be honoured in his home county this week.

Laois County Council is to make a presentation to the former Laois gaelic footballer in recognition of his international sporting achievements in Australia in the AFL.

Zach recently signed for Geelong Football Club having played for the Carlton Football Club from 2010 to 2016. He is one of just a few men from Ireland to have successfully switched from Gaelic football to Aussie Rules.

Tuohy began his sporting career as a Gaelic footballer at Portlaoise GAA club. Despite living and playing professionally in Australia, he has won a number of Laois senior gaelic football medals with his home town travelling thousands of miles represent his club a number of times in recent years.

On the intercounty front, he won a Leinster Minor Football Championship with Laois in 2007. During that season he was the scorer of one of the best ever goals by a minor footballer in Croke Park.

Tuohy represented Ireland in International rules football in both the 2011 and 2013 series.

Zach will be honoured with a reception and presentation in Laois County Council's HQ in Portlaoise this Thursday night, October 27. Friends and family will be present. His father Noel is a Portlaoise Municipal District Labour Party county councillor.