Mid term break may be longer than expected in most Laois secondary schools, as the ASTI dispute drags on. 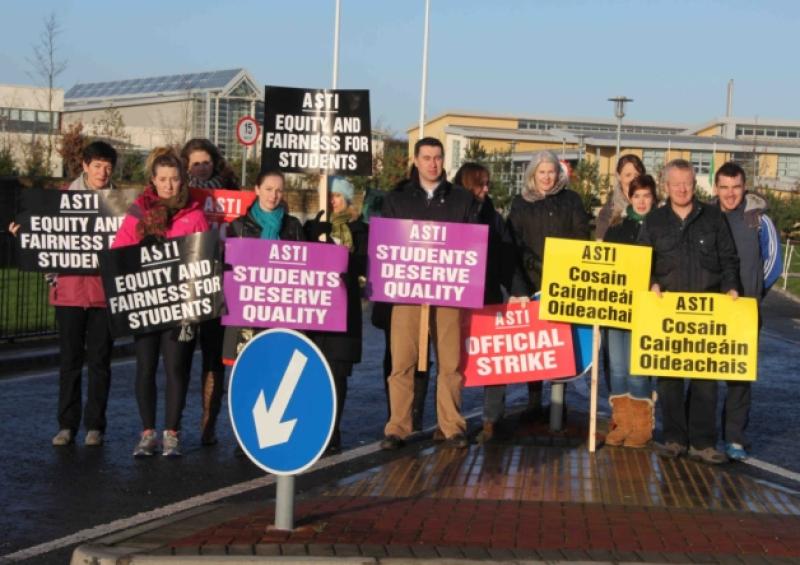 CBS Portlaoise announces school will remain closed next Monday November 7, due to the ASTI's industrial action

St Mary's CBS announces it will not reopen after mid-term break because of industrial action by the ASTI union over teachers' pay, because of student safety concerns. It will remain closed until a resolution is found, or until supervisers are recruited, a process which the CBS say will take at least six weeks.

St Mary's CBS is to remain closed after mid term break, it has been announced in letters delivered to parents of the Portlaoise secondary school today, Tuesday November 1.

The Board of Management says the school must stay closed next Monday November 7, because of the safety, health and welfare of the 900 students.

There is no reopen date, and the board says any replacement supervisors would have to be vetted fully and trained,  with a "likely timeframe of not less than six weeks".

"As you are aware, the ASTI has directed its members to withdraw from supervision and substitution duties with effect from 7th November 2016.

"ASTI members, including most principals and deputy principals, will not be available to carry out essential supervision duties before school, during break times, at lunchtime and at the end of the school day. Due to this action, the Board will not be in a position to ensure the safety of the pupils in its care from that date," the board Chairperson Pat Keating told parents.

ASTI members are also directed not to help with rostering other supervisors.

The dispute is over the lower salary paid to newly employed teachers, compared to their established colleagues.