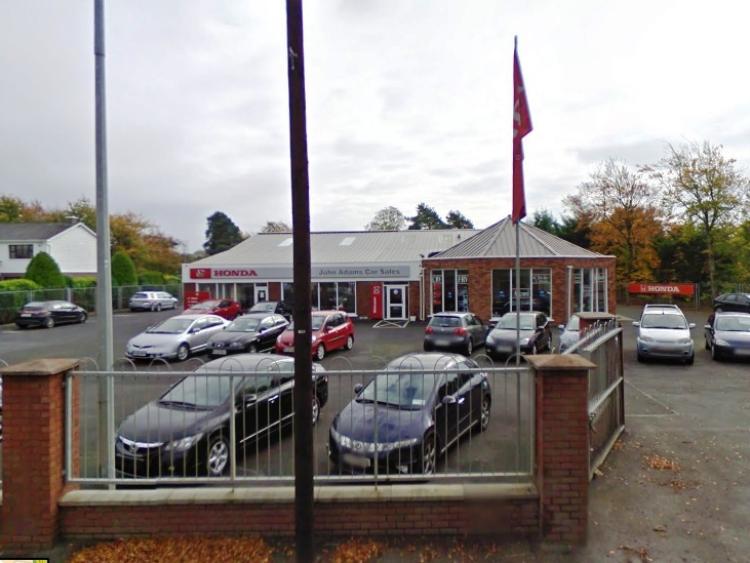 It was a case of 'trick not treat' for a Portlaoise garage in the early hours last Halloween night, when thieves hit the John Adams Honda car dealership in Ballymacken.

With no obvious signs of a break in, it is suspected that the thieves scaled a fence to smash eight car windows, and haul off two full sets of tyres taken from two cars.

Manager Clive Adams believes they chose Halloween night because any loud noises could have been forgiven.

"Perhaps they thought no-one would pass any remarks," he said.

With a total of eight windows broken in the six cars, which include some brand new models, he reckons he is at the loss of about €20,000.

"It's annoying. The same thing happened before. We are well alarmed and we will up our security again now but it's all more expense, another setback when the market is tight enough," he said.

He suspects that there were several members in the gang.

"The place was well lit up, so they weren't afraid of making noise. Perhaps it was lucky enough that no-one came upon them," Mr Adams said.

The theft is believed to have taken place between 2.30am and 4.30am.

"Neighbours heard disturbances around that time, and their dogs went mad. We are now examining our CCTV footage, and Gardaí have forensically examined the scene, but we ask anybody who noticed strange vehicles at that hour to contact Portlaoise Gardaí," said Mr Adams.

It comes a month after thieves hit the nearby John Kelly Autos, on The Heath Portlaoise, stealing €50,000 of cars and equipment, with one car later recovered.