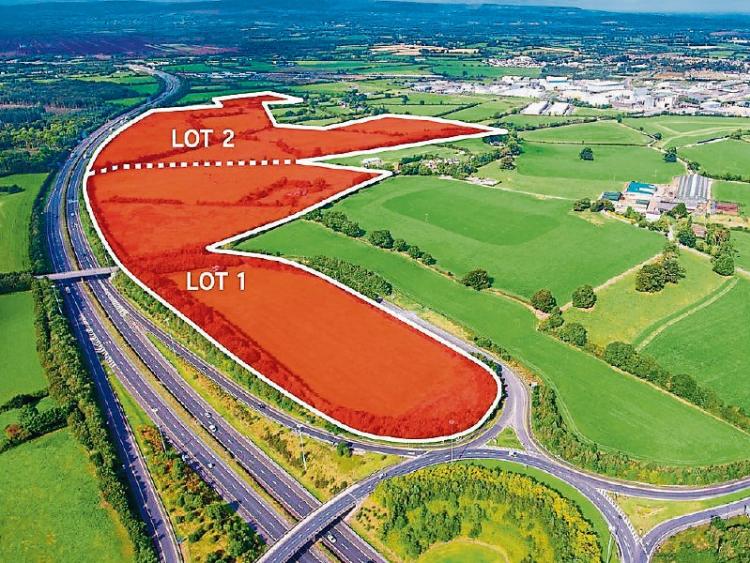 The sale of land in Portlaoise that was earmarked for a national transport hub that had huge job potential for Laois, does not mean the end of the project, according to Laois County Council’s Chief Executive says.

Laois County Council has been one of the big backers to locate a big wharehousing hub for business on the site along the motorway. However doubts over the viability of this project emerged lsat month when the land went on the market. The project soaked up a large amount of public cash.

Despit this, John Mulholland remains confident that Laois County Council will have a strong influence on how the 109 acres of land in Togher may be developed by a new owner.

“The council will obviously have a big say in the future of that land holding. It has excellent potential, and it is very competitive, as regards land prices and business rates,” he told the Leinster Express.

The council invested money to promote the private owned site to potential industries over the past decade.

In a ‘masterplan’ brochure published in 2010, it envisaged it as a major hub at Junction 17 of the M7 and N8, with road and rail access to all parts of the country.

It was to feature a motorway services area, train station, office blocks, park and ride facility, retail warehousing and manufacturing.

“It is regrettable that it is caught up in legal and financial difficulties, but that wouldn’t necessarily inhibit positive moves. I wouldn’t take that view that Laois’ opportunity is lost,” Mr Mulholland said.

“It is still a strategic asset, and we will work on that basis,” he said.

At the October council meeting, Portlaoise Cllr Willie Aird bemoaned the loss of the opportunity, but hoped another investor would buy the Togher site.

“We invested thousands of euros into infrastructure in the private site and and earmarked it as an inland port with potential for 20,000 jobs, now it is for sale and it looks like it will go back into the agricultural sphere.

“I defies logic how we on Junction 17 couldn’t have done something similar to Junction 14 in Monasterevin, that is always packed. Hundreds of people meet at the Maldron to do business. We have lost our money the same as if you backed a horse or dog,” he said, urging to keep some part of the site zoned for future development.

“We’ve no power, but our door is open for a plan on J17, we need to create our own vision. It is about to slip away, this is the last stand,” said Cllr Aird.

The land is for sale on the instruction of the receiver TK Contract Systems McStay Luby.