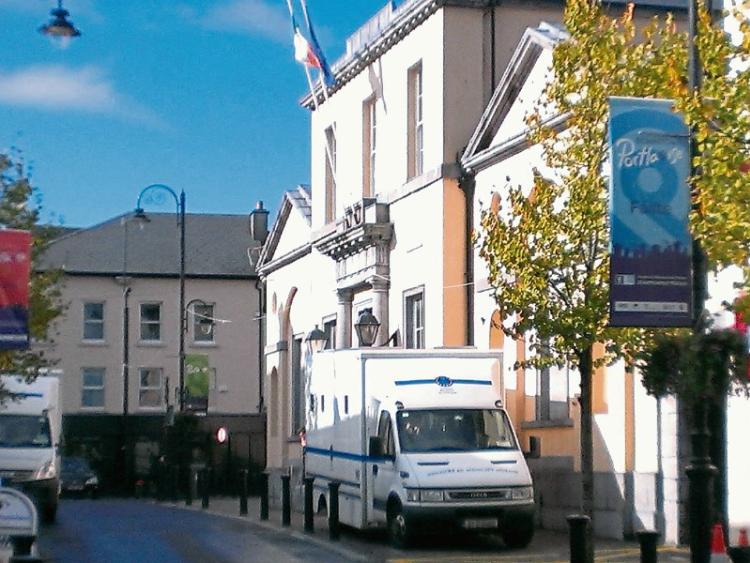 Some light has appeared at the end of the tunnel for a soution to the scourge of anti-social behaviour for Portlaoise caused by the town's courthouse.

Laois County Councillors have been told that the Office of Public Works (OPW) and Laois County County have met and agreed that a new Courthouse for Portlaoise must be built, but it will be some years before it can be delivered.

The council is working with the OPW, which is responsible for courthouses, to find a new location for a four courtroom building.

“To date a number of vacant sites in Portlaoise have been considered and a full evaluation by the OPW is now underway,” Council chief John Mulholland said to councillors at the October meeting.

“In addition they have sent a quantity surveyor to Portlaoise to assess a number of sites adjacent to the town centre,” he said.

“I informed Mr Burns that with increasing frequency the business of the court can negatively affect trade on Main Street and that, at times, it can also post threats to members of the public where there is overspill onto the street,” Mr Mulholland said.

Portlaoise has “an exceptionally busy courthouse” he said, and the court service accepted this.

“They indicated that Portlaoise was the fourth busiest District Court in the country, and that there is insufficient space for parking and Garda escorts,” Mr Mulholland said.

To proceed, a contract will have to be grouped with other new courthouses through a Public Private Partnership.

Grouping it makes the contract “a more attractive package for a contractor,” said Mr Mulholland.

“There is currently a requirement that a number of courthouses, including that at Portlaoise, be upgraded or relocated,” he said.

The Court Service has no money to build new courthouses, and so has agreed that a bundled PPP scheme is the only way.

“This matter will be pursued with government by the Courts Service,” Mr Mulholland told councillors.

Mr Mulholland said seven courthouses that are almost complete in the current scheme are underway for some time.

“The next step here is to identify sites, get planning permission and funding. Safe to say this will be underway in 2017,” he said.

“I welcome any moves to find a new site,” said Cllr Caroline Dwane.

“Now they have acknowledged there is no parking, we have got to be proactive and write to the Minister again, and our TDs, we must keep raising this continuously,” said Cllr Willie Aird.

“At least we are in the melting pot, and they have admitted the problem. That’s a positive response, I hope we are included in the next scheme,” said Cllr Catherine Fitzgerald.

“It defies logic, with Portlaoise being the fourth busiest in Ireland, that we were not included in the current scheme. The reuse of that building will have huge benefits to the town,” said Cllr Noel Tuohy.