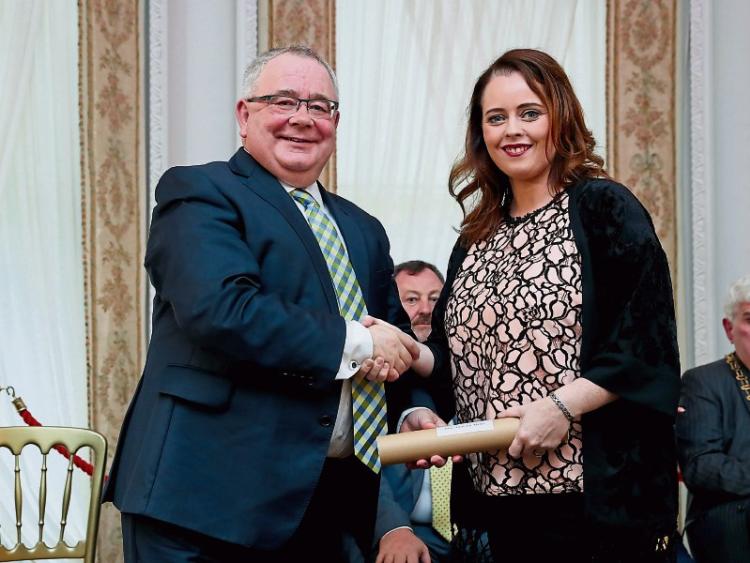 A Portlaoise man has won a National Bravery Certificate for his part in a rescue during a fire in Portlaoise this year.

On the 5th May, John Anthony Maher, from Esker Hills, Portlaoise, was alerted by his wife to the fact that the house next door was on fire.

They raised the alarm as they knew a family of four lived in the house. One of the children, an 8-year-old boy managed to open the front door and John’s wife took him to safety. John then ran into the house, where he met the mother in the hall and the father who was in the back garden trying to fight the flames with a hose.

John told the father that they must evacuate the house. A four-year-old girl and her grandmother were still asleep upstairs. John assisted in waking up and evacuating both of them. Despite being disoriented by the smoke, John then re-entered the house to rescue the family’s pet dog.

John was not available for comment. His wife Ruth Collected the award on his behalf in Dublin.

A second Laois man was also presented with a certificate for bravery, Mark Fleming.