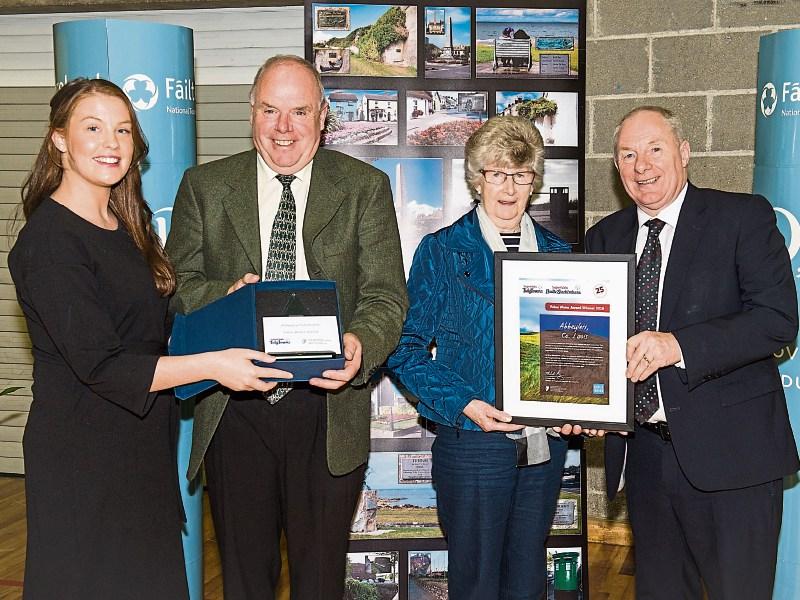 There were celebrations in Skerries, Co Dublin last week for the Laois Tidy Towns Groups and for Abbeyleix in particular.

Committee members from Abbeyleix, Portlaoise, Castletown, Ballacolla, Camross and Clonaslee were also there to accept various awards and medals.

Cllr Fennelly said there is great satisfaction in winning the various awards.

“We are thrilled where we are,” he told the Leinster Express.

Cllr Fennelly said that Abbeyleix was one of five towns that were all just two points off Skerries this year.

Nevertheless, Cllr Fennelly said it was incredibly hard to make up the points needed to reach the top.

Ultimately, Abbeyleix is aiming for the top but Cllr Fennelly said the short term aim is to win the Best Small Towns Award.

Abbeyleix took over €1,000 to put towards next year by winning a Value Water award, which was sponsored by Irish Water.

Abbeyleix, as a community, is actively involved in the Green-Schools water programme and pursues best water conservation practice through education at local schools.

Water and sewerage systems were updated in 2014 and a water harvesting system was installed by the Tidy Towns Committee in the local allotments in 2015 to provide a free and sustainable source of water from a nearby stream.

“Congratulations to the Abbeyleix Tidy Towns group on winning the Irish Water Value Award for Best Small Town in the East and Midlands region.

“The work the Abbeyleix Tidy Towns group has carried out to win the award is truly inspirational from updating water and sewerage systems in 2014 and installing a water harvesting system in local allotments in 2015,” said Dr Bradford.