Education New school to be multi-denominational, co-ed and bilingual 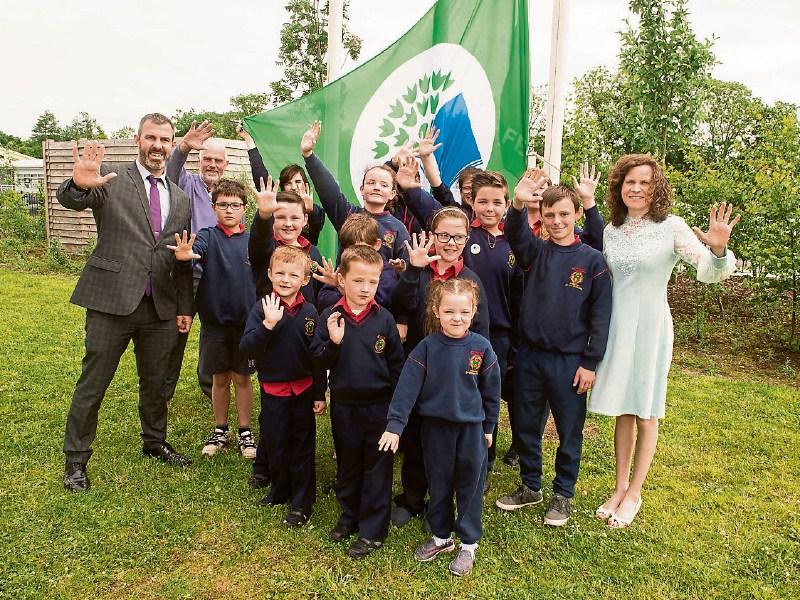 The first secondary school in Laois to have a strong Irish language emphasis has got a green light, with a promise by the new patrons to enhance the diversity of education in Portlaoise.

The Department of Education and Skills last year announced that a fourth 1,000 pupil secondary school was planned for Portlaoise, one of the fastest growing towns in Ireland.

Last week news came that the patron chosen to run it is Laois and Offaly Education and Training Board, with trustee partner An Foras Pátrúnachta, who are offering a co-educational, multi-denominational option, with an Irish language unit for those who prefer to learn through Irlsh.

The school may pick up many of the 300 students from Gaelscoil Phortlaoise, and possibly some more from Gaelscoil an tSlí Dála and Gaelscoil Thromaire, who up to now had to go by bus to Kildare or Carlow to continue education through Irish.

However, the school will include education through english.

An Foras Pátrúnachta, the main patron of Irish-medium schools, says it will be the first time that an Irish unit is planned to grow into an independent Gael-choláiste, under the co-patronage of two organisations.

They were chosen over one other applicant, the Catholic ethos organisation Ceist who run St Mary's CBS and Scoil Chríost Rí in Portlaoise.

Educate Together withdrew an earlier application .

Joe Cunningham, Chief Executive of LOETB, said the school will cater for diversity in Portlaoise. “It will be inclusive and represent all communities,” he said.

He is determined to push ahead with plans.

“We hope to appoint a principal as early as possible. We will be seeking an early meeting with the Dept. of Education to plan the timeline and logistics for opening the school. No decision has been made on a site but given that the school is to open in September 2017, temporary accommodation will be required,” he said.

The school will initially take in only first years. A new school will be built in 2021, to cater for 1,000 pupils.

Parents can register expressions of interest for enrolment on the LOETB website, while a lot of calls are already coming in, Mr Cunningham said.

“It is very encouraging. We will keep the community fully-informed on all developments as they occur,” Mr Cunningham said.

He thanked the community of Portlaoise who supported their application, as well as his board and staff, particularly Director of Schools Linda Tynan and Coiste Bunaithe Phortlaoise.

Caoimhín O’hEaghra, General Secretary of An Foras Pátrúnachta is delighted.

“Choice is very important to us and we are delighted that parents’ preferences were considered as part of this patronage selection process. The new school will provide diversity in being both co-educational and multi-denominational.

“Our aim is provide Irish-medium education to every child who wants it. We will use our expertise to grow the Irish-medium unit in the new secondary school into an independent Gaelcholáiste under the co-patronage of the two organisations,” he said.

“There has been a rapid population increase in Laois which has put severe pressure on secondary schools. Construction of a further secondary school in Portlaoise will ensure that there are sufficient school places for pupils in the area. The priority now is to ensure that the building is commenced without delay,” he said.