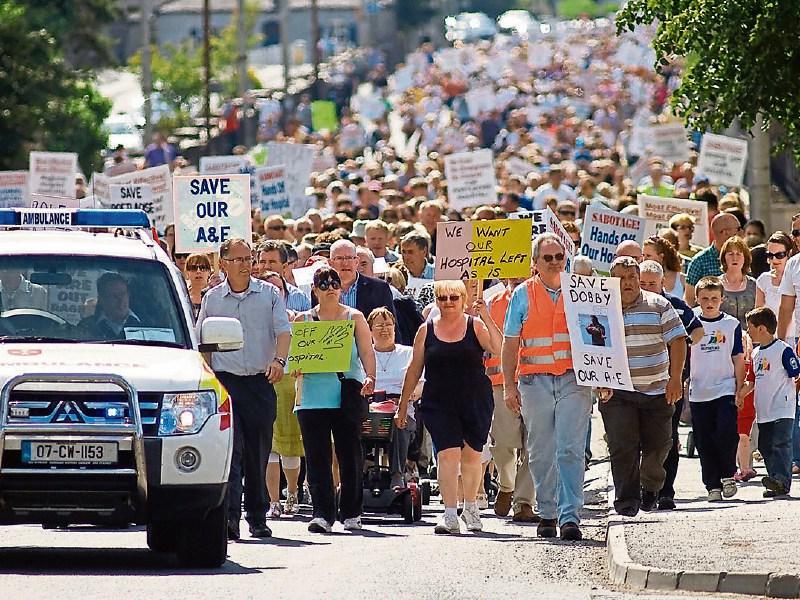 Laois county councillors have backed out of a trip to Dublin to protest at the downgrade of Portlaoise Hospital.

In a last minute behind the scenes move it was decided that the 19 public representatives would not go through with their trip to protest against the downgrade of Portlaoise hospital on Wednesday, November 9.

The Cathaoirleach of Laois County Council Tom Mulhall said a decision was reached with the chairs of the Fine Gael, Fianna Fáil and technichal group  because Laois TD and Minister Charlie Flanagan was not in the country and that the Minister for Health Simon Harris would not meet them.

"We thought it better to leave it for a few weeks," said Cllr Mulhall. "I don't think we were going to meet anyone. So what would that prove?"

The Fine Gael chairman said councillors were not "protestors" but "elected representatives" though he admitted that he had marched to keep Abbeyleix Community Hospital open in the past.

Asked what the people of Laois would think about councillors who had cancelled the protest Cllr Mulhall said local politicians "are not going to let down the people".

He said the hospital would be kept open through negotiation and discussion with Ministers and not protests.

"One hour of walking up and down Dáil Éireann is not going to swing it one way or another," he said.

Cllr Willie Aird said he was not happy with the cancellation. He said the trip to Dublin was never based on a meeting with the Minister but was designed as a "show  of solidarity with the hospital".