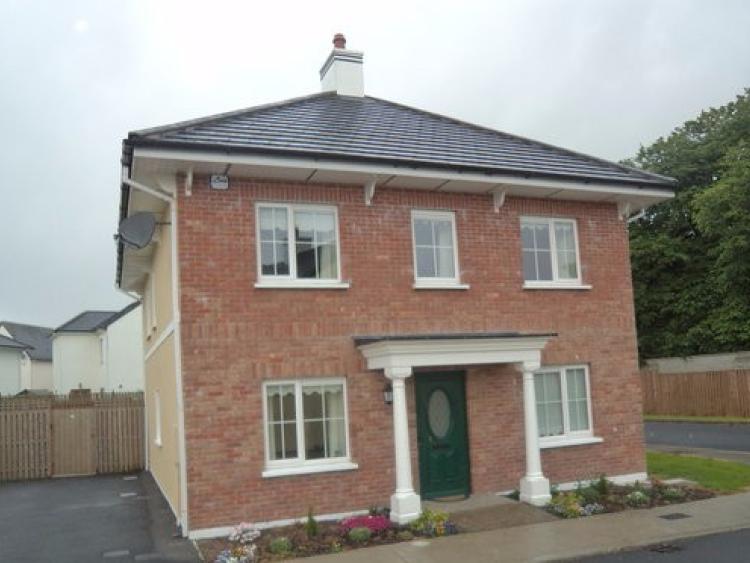 Clondarrig Court, Bellingham, Portlaoise, a three-bed home for rent for €1,000 a month

The cost of living in Laois if you are renting has gone through the roof according to the latest figures with a three bed family home in Portlaoise now costing €1,000 a month to live in.

The latest Daft.ie figures for Laois show that rents in the county are on average 13.6% higher in the third quarter of 2016 than a year previously. The average advertised rent is now €723, up 43% from their lowest point in 2012.

The reality for many people in Laois is worse. There are just 52 homes for rent listed in the county on the Daft.ie website. Many rents have already surged above the average with some family homes in Portlaoise at the €1,000 a month mark or more.

The average rent in Laois for a three bed detached house, which would be suitable for a family, is €708 a month according to Daft.ie. However, you will pay a lot more if you want such a home in Portlaoise.

A three-bed house in Clondarrig Court, Bellingham, Portlaoise is listed on Daft.ie at €1,000 a month. This is in line with the national average of €1,077 nationally which is an all time high for rents in Ireland. When you take Dublin and other cities out of the equation, the rest of the country rent the average rent for Laois should be no more than €764.

It could cost as little as €565 in monthly mortgage repayments to own a three-bed home in Portlaoise according to the Daft.ie figures.

Rents nationally rose nationwide by an average of 11.7% in the year to September 2016, according to the latest quarterly Rental Report by the Property Website.

This is the largest annual increase in rents ever recorded in the Daft.ie Report, which extends back to 2002. In addition, at €1,077 in the third quarter of the year, the average monthly rent nationwide is at a new all-time high.

In Dublin, the annual rate of inflation in rents, in the year to September 2016, was 12.1%, its highest late since late 2014. Rents in the capital are now 9.3% higher than their previous peak in early 2008. In Cork, rents rose by 14.4% in the year to September, a slight easing of inflation compared to earlier in the year. Rents in Galway are 10.9% higher than a year previously, while rents in Limerick have risen 13.2% in the last year. In Waterford city, rents have risen by 11.2% in twelve months, while outside the major cities, the increase has been 10.9%.

Commenting on the report, Ronan Lyons, economist at TCD and author of the Daft Report, said: “The figures from the third quarter of 2016 are worrying. They include a new all-time high for the average monthly rent nationwide, the highest rate of annual inflation on record, as well as the joint highest quarterly increase in rents. The increases stem from strong demand and very weak supply. In order to bring about more rental supply, policymakers urgently need to audit the cost of building homes in Ireland compared to other high-income countries.”