Public meeting to set out the roadmap for Laois Hospice 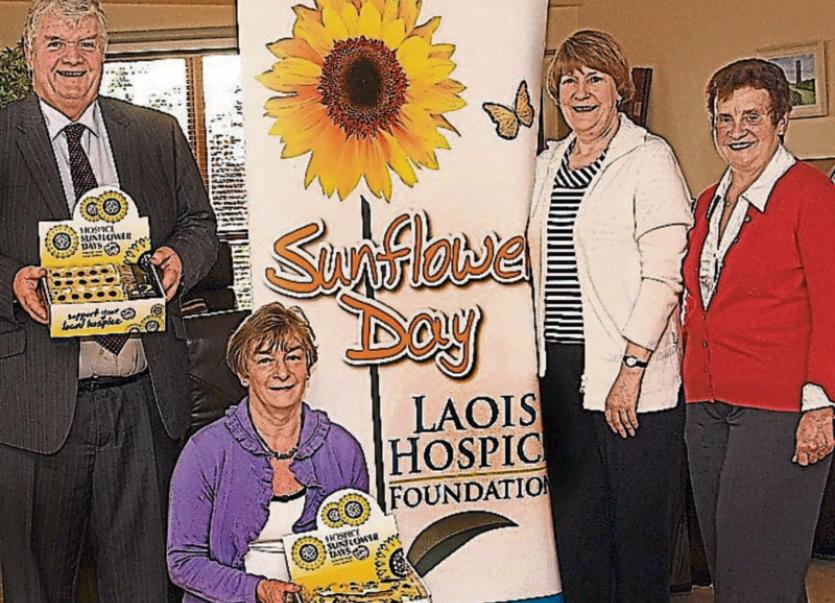 Laois Hospice has called on the public to plot the future for what is arguably the biggest charity in Laois, as its leadership say it is now at a crossroads.

The charity is not in the midst of a crisis of funding or operation but its board believe change is needed to renew the charity to move it forward and develop it so that it continues to provide vital care to people who are in the final stages of life.

The board have urged people from the four corners of Laois to a public meeting on Friday, November 18 next at 8pm in the Killeshin Hotel. They say it is the most important meeting in the charity's history.

“We are calling a public meeting to see where services go and how they develop into the future,” Seamus O'Donoghue, chairman of the organisation.

“We want to know where we should go in the delivery of palliative car as far as the public is concerned,” he said.

He said the charity has grown from having an annual budget of €10,000 a year to today funding services to the tune of €315,000 annually.

Home care for people in the final stages is the priority but the charity also funds inpatient beds as well as social workers. The Hospice supports the Cuisle Centre and also provides a invaluable hardship fund for people hit financially by life ending illnesses.

Mr O'Donghue and the charity's clinical director, Peter Naughton are anxious to make everything open for discussion.

One issue high on the agenda is the leadership and membership of the board. They are hoping that a “new generation of people get involved”.

Some members have been on the board for a number of years and there is a strong belief that new members are needed to drive the sevice forward for the long term.

“This is the most important meeting we have called since we set up Laois Hospice twenty years ago.

“We want to to find out from the public if they believe there is the future for the hospice to be as has been heretofore or will it take on a differant direction,” he said.

“It is at a crossroads. No organisation can continue the same way forever, you have to have change but not for change's sake,” said the retired surgeon.

Issues such as the building of a hospice for the midlands can be discussed and the leadership are not opposed to the concept, however they are adamant that care for the people of Laois in their own homes must remain the number one priority.

The meeting will be chaired by Eileen Dunne of RTÉ.

Mr O'Donoghue will open the meeting which will also be addressed by Michael Cushen, Palliative Care Consultant with the HSE for Laois and Offaly.