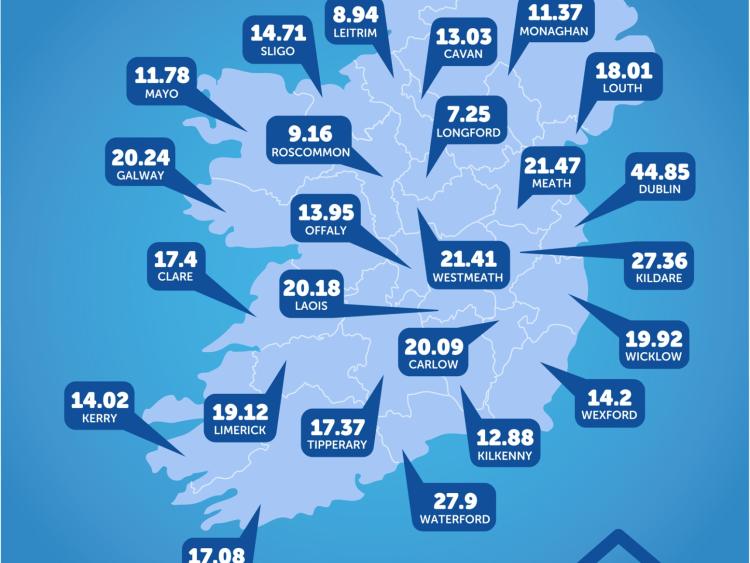 Laois has the seventh fastest average broadband speed in the country for internet access but remains well behind the fastest county -  Dublin and far below the national average.

The average download time in Laois is 20.18 mega bytes per second (MBPS) according to speed test data collected by Switcher.ie, the independent price comparison website and switching service. It also shows that parts of the country experience broadband speeds up to 36 times slower than others and reveals the country’s broadband hot and not spots.

The data also suggests that as few as a quarter of households nationally could be receiving speeds of 30Mbps or more, the minimum target set out in the National Broadband Plan.

Commenting on the findings, Eoin Clarke, Managing Director of Switcher.ie, said: “The results from the speed test data highlight the digital divide in Ireland. We’re seeing lightning speeds in certain areas, largely where there has already been investment made in fibre to the home networks.

"However, in many areas we are still a long way off these kinds of speeds and slow broadband is a frustration that thousands of people in these places have to deal with every day," he said.

Substantial work is underway in Portlaoise upgrading internet access while there are also plans for several free wi-fi hubs around Laois.