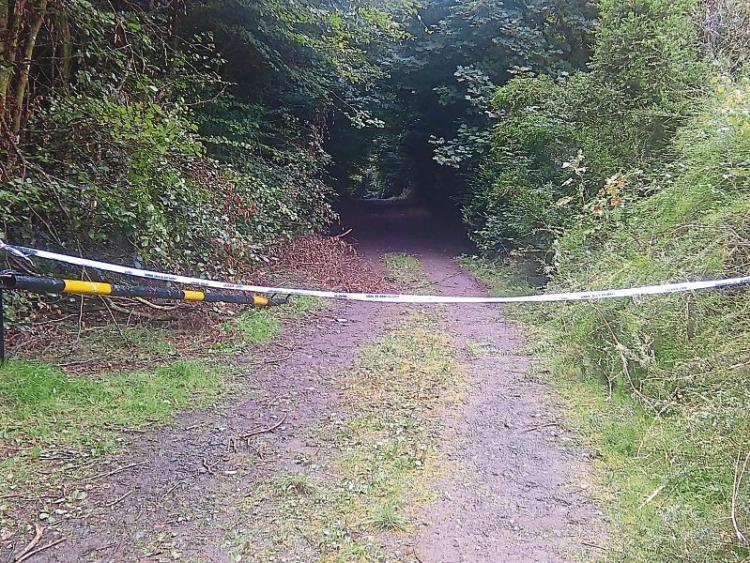 The cordoned-off scene at Rahin Woods in early September

A man has been arrested in Portlaoise in connection with the murder of a Dublin man in Kildare in September.

At approximately 1pm today (16th November) Gardaí said a male  in his thirties was arrested in Portlaoise in connection with the murder of Phillip Finnegan in August 2016 at Rahin Wood Co Kildare.

The man was  detained under the provisions of Section 4 of the Criminal Justice Act 1984 as amended at Leixlip Garda Station.

Philip Finnegan, whose body was discovered in Rahin Wood on September 2. He was reported missing from his home at Mary Aikenhead House, Dublin 8 since Wednesday, August 10 this year. His remains were discovered by people out walking.

Gardaí did not disclossed the findings of the most mortem at the time for for operational reasons.

The deceased, who had links with organised crime, had previously been attacked and shot at. He reportedly narrowly escaped death when fired on by a gunman in Dublin in July 2013.

Last year, Finnegan was acquitted of firearms possession after a semi-automatic handgun capable of firing blanks was found during a raid on his home.