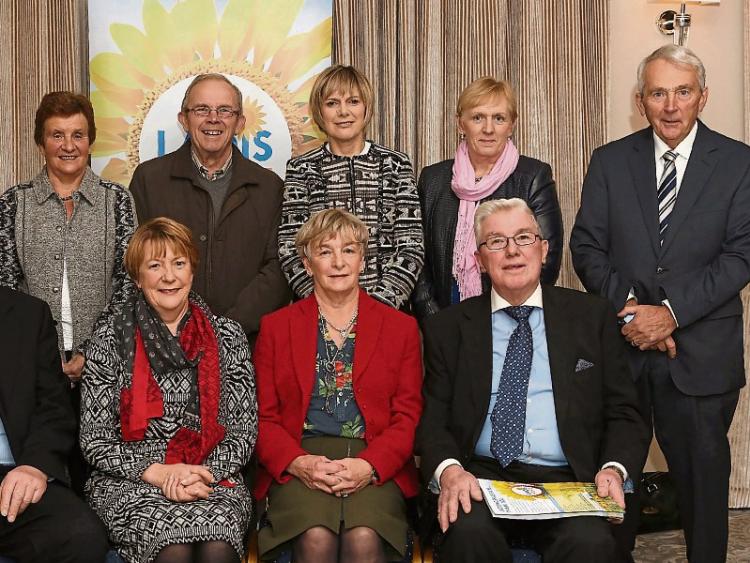 Laois Hospice and the people of Laois have been urged to back a €9.5 million hospice centre for the midlands, but reservations were expressed about this project at a public meeting in Portlaoise organised by the Laois charity.

Details of how the new type of palliative care service would work were outlined by HSE staff at the Laois Hospice meeting in Portlaoise last week.

Pat Bennett, HSE Chief Health Officer for Laois and other midland counties, is responsible for leading the project which would see a central hospice unit set up to serve Laois, Offaly, Longford and Westmeath.

Before it can get off the ground, he said he needs the backing of Laois and four other hospice groups for the €9.5 million unit attached to Tullamore hospital. He said the unit would cost up to €2.5 million to run annually, but the HSE is committed to paying for its operation.

He asked Laois Hospice for its support for such projects as a fundraising drive to pay for some of the building costs.

“Any commitment (from the five midland hospice groups) would put me in a stronger position to go back to the Department of Health and look for funding. We are being passed out by other areas who are coming forward saying they can put some seed funding down,” he said.

Dr Michael Cushen, palliative care consultant, said the building of the unit would improve services for people who are dying from cancer and other illnesses.

He said it would reduce the number of people who die in hospital while leading to more people ending their days at home with the support of the hospice. He said small units in Laois and the other counties were not viable.

“We are talking about a radically different service to what we have had up to now,” he said.

He suggested that a professional fundraising group be set up to help fund the building of the unit.

While Laois Hospice gave its backing to the unit in principle, its leadership said homecare services to Laois people are the priority.

“What Laois Hospice is saying is that we look after the home care and the palliative care in the community, but after that we would be very supportive but only after our own house is in order,” said its clinical director, Peter Naughton.

This view was shared by many who felt Laois should fund its own services. They also doubted the HSE’s commitment and whether it was even possible for the groups to raise the necessary funds to build the unit.

Sheila Bourke spoke on behalf of the Clonaslee Walk which raises funds for Laois Hospice.

“It looks like the people of Laois or Offaly or wherever are the ones that are going to have to build the hospice. We have raised €850,000 in 24 years so what more money can be dragged out of people to build a hospice in the area?”

Laois Hospice, Chairman, Mr Seamus O’Donoghue said the issue would be discussed at the next meeting of Laois Hospice and then with Offaly Hospice and subsequently with the other midland hospice groups. He reasserted the position that community care should come first.

“If a unit is to be built in one county you are going to have great difficulty with the other counties, initially anyway, raising funds for another county. That is one of the major blocks,” she said.