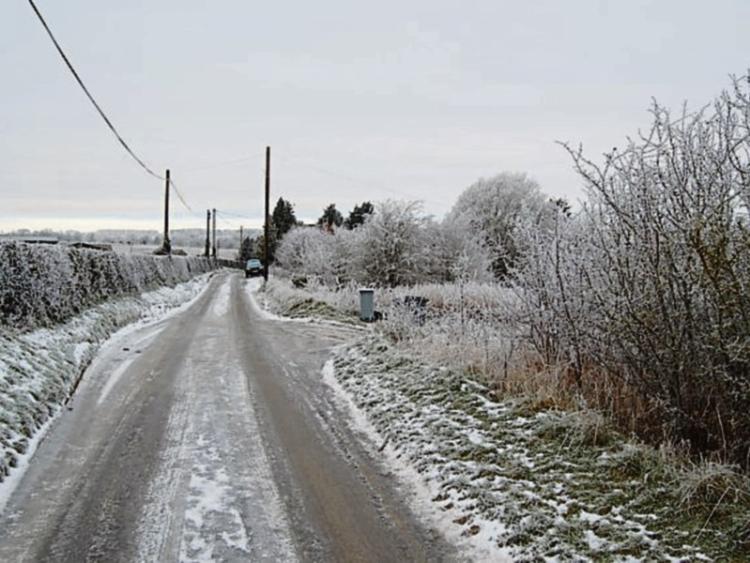 Salting trucks are busy again with the icy weather, but not enough local Laois roads will be salted this winter, complain councillors in the Portarlington to Graiguecullen district.

They will focus on main roads, leaving much of the 1,845km network of local roads in Laois untreated.

The winter salting period began on October 17, and runs until April 30.Councillors want the season shortened so that extra roads can be treated.

Cllr Padraig Fleming was concerned that the Sleaty road to Knockbeg College near the Carlow border will be treated.

He had requested a Winter Salting Programme update at the November meeting, but maps produced did not show if Sleaty road would be salted.

“Two or three years ago there was a major uproar from the college authorities, and now it’s a day school,” he said.

“Last spring we finished with a huge amount of salt left over, and people ringing us to ask why roads were not done. After people have gone through the hardship of getting to work, school and the shops, we should be able to do more roads with that budget. It’s the local roads are dangerous, and the possibility of frost in April is low,” he said, asking that bridges, junctions and hills at least be salted.

Cllr Ben Brennan said “we’ve people in our area can’t get up the hills”.

“When you can’t get home, and you have to get someone in a tractor to help you, it’s not fair. Why have we salt left over when you can use it,” he said.

“If I remember rightly, we had prided ourselves on doing more roads than other counties, over 25 percent, what is the real figure?” he questioned.

Engineer Philip McVeigh suggested it was because motorways are no longer the council's responsibility. Laois' 63km of motorways are now treated by private companies and the TII.

This year the council will treat a total of 458km of roads, up 16km from last year, to 22.2 percent of roads. See full plan on www.laois.ie/roads