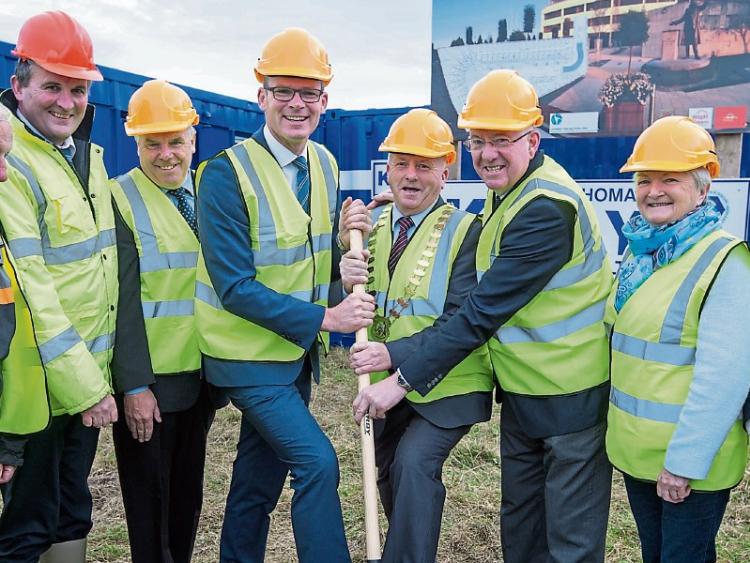 It was described as a ‘wishlist’ by FG Cllrs Mary Sweeney and Willie Aird at the annual budget meeting.

“This is like a young lad asking Santy Claus. It all depends on grants. It is a wish list. Manager we all dream. I’m a great dreamer until I have to buy something, how can we progress this list?” Cllr Aird asked.

The council chief said the housing items were certain.

“The first items are not a wish list, they are a certainty. This housing is happening,” Mr Mulholland said.

Laois will get state grants of €6.99m to build council houses, €1.8m to buy some, and a million to improve and insulate existing houses.

“The capital programme being suggested is magnificent for Portlaoise, after all we are the biggest growing town in Leinster,” praised Cllr Catherine Fitzgerald.

Portlaoise is to get Lyster Square upgraded, a €3.2m library, a €6.5m orbital road, a €300k rebuilt roundabout on the Mountrath road, and a €500k train station carpark.

Abbeyleix will get €460,000 to build serviced sites for economic development, with half of that covered by development levies paid to the council.

The €4m bike trail in the Slieve Blooms will have €3.6m of it state funded, €100k from Laois development levies, with €300k not yet sourced.

There is €250k for small tourism schemes, in the Failte Ireland Small Scheme programme, 80 percent of it state granted, and €50k also from development levies.

€250k will be spent on traffic calming in towns and estates, and the same on traffic management in Port, Mountrath, Mountmellick and Abbeyleix.

€250k a year will be spent on bridge improvement works, and €200k a year on road safety improvement schemes. €250k is for new burial plots, €100k for Portlaoise and Portarlington leisure centres, and €750k for energy retrofit grants.