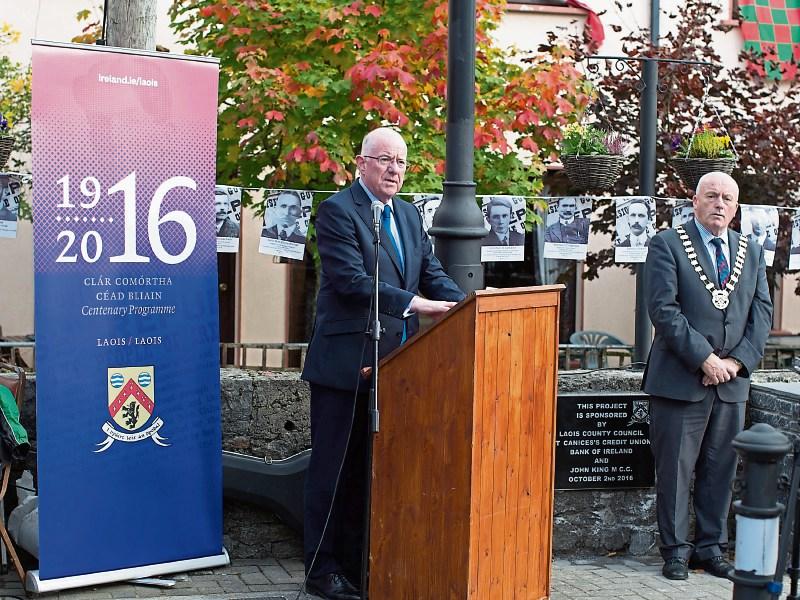 Laois County Council is to hold a Civic Reception this week for Deputy Charlie Flanagan, TD, Minister for Foreign Affairs and Trade.

The reception will be held this Thursday November 24 at 7pm in council chambers.

“This is a gesture of acknowledgement that someone from the county is at government level,” said council CEO John Mulholland.

A Mountmellick native and solicitor, Minister Flanagan was elected as a TD for Laois Offaly in 1987, and was a member of Laois County Council from 1987 to 2004. He lost his seatin 2002, and was reelected in 2007.

He was made Minister for Children and Youth Affairs in 2014, for mere weeks before a cabinet reshuffle moved him to his current post. His father was Oliver J Flanagan, a Fine Gael TD for 44 years.