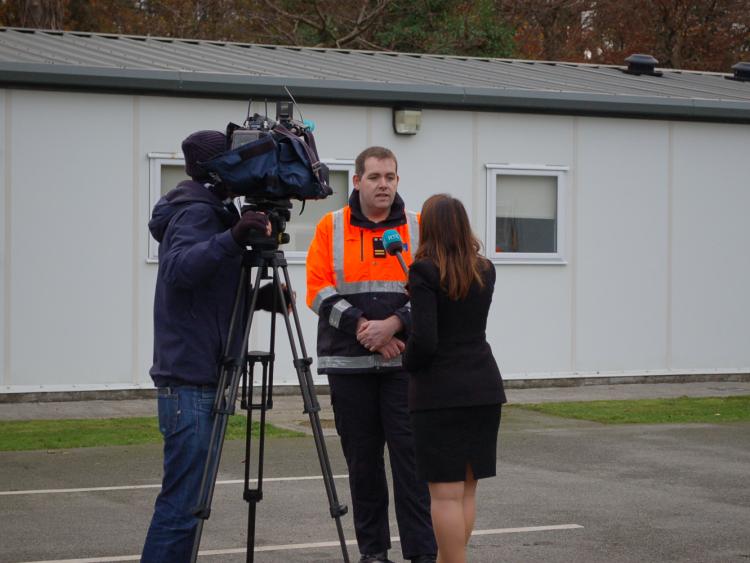 Laois Civil Defence featured on RTE news the use of drones in helping search and rescue efforts at a display and presentation day for the Irish Aviation Authority held promote safe drone of the small aircraft.

Laois Civil Defence has two licenced Small Unmanned Aircraft (SUA) pilots. There are just 18 trained Civil Defence members in Ireland who use drones in search and rescue missions. The pilots have received a competency certificates from the Aviation Authority.

Laois pilot Damien Dollard was among the Civil Defence National SUA Team who gathered with the other pilots. He was interviewed by RTÉ news.  Damien said the drones have a number of uses.

"It allows us to search the areas that we are going to be searching from an overview before we send any volunteers in. It also allows pre-planning for various events so we can plan for flooding. We can also take before and after photographs for planning for future operations," Damien said.

The Civil Defence service, which is the largest SUA operation in the country, is available to be called out by any of the primary response agencies or local authorities 365 days a year.

More than 6,000 drones have been registered by the Irish Aviation Authority and more are likely to be sold over Christmas. The authority urges all owners to register drones weighing 1 kg or more and invest in quality training on how to use the drone safely.

The legislation prohibits users from operating their drones:

•if it will be a hazard to another aircraft in flight;
•over an assembly of people;
•farther than 300m from the operator;
•within 120m of any person, vessel or structure not under the operator’s control;
•closer than 5km from an aerodrome;
•in a negligent or reckless manner so as to endanger life or property of others;
•over 400ft (120m) above ground level;
•over urban areas;
•in civil of military controlled airspace;
•in restricted areas (e.g. military installations, prisons, etc.);
•unless the operator has permission from the landowner for take-off and landing.

You must be at least 16 years of age or older and drones operated by those under 16 years of age must be registered by a parent or legal guardian. There is a nominal €5 fee to register.

For more on drone regulations.