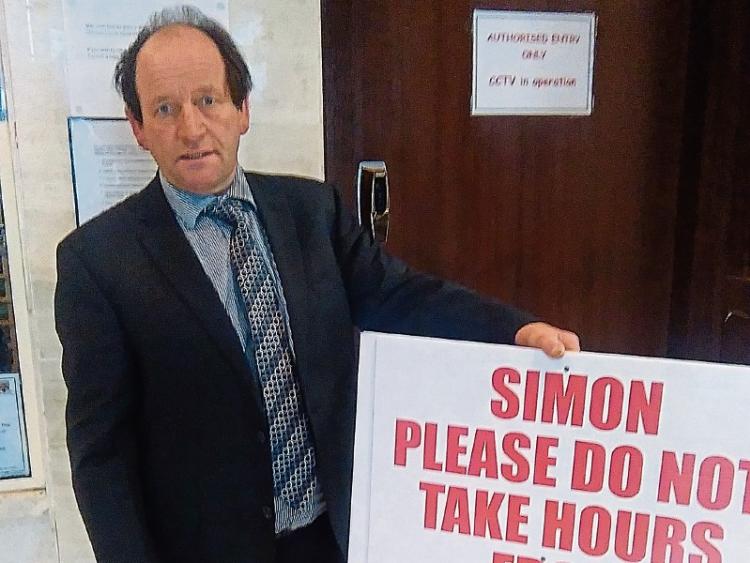 With their first group trip to the Dáil over Portlaoise hospital, cancelled earlier this month, Laois councillors have again agreed to go en masse, but only if Minister for Health Simon Harris will be there to meet them.

A text message sent by Cathaoirleach Fine Gael Tom Mulhall had cancelled the first excursion because the Minister was not available.

At the November meeting, Cllr Noel Tuohy proposed to immediately reconvene a meeting with Minister Harris and Minister Charlie Flanagan.

“If they come up with another excuse, then we protest. People in Portlaoise are entitled to know what's planned,” he said, seconded by Cllr Caroline Dwane.

One councillor went himself to protest outside the Dáil on November 9, with Kathleen O'Brien from Portlaoise hospital action group.

Cllr Willie Aird brought the signs along to the meeting room, but they were removed by council staff.

“We walked in extreme cold for two hours,” he said.

Minister Harris made clear in the Dáil in the week prior to the original planned trip that he would only meet councillors and Laois TDs after the plan for the hospital is complete.

He had proposed the first trip.

“I never once mentioned that we were meeting anybody, I'd swear on any bible, I wanted us to show solidarity,” he said.