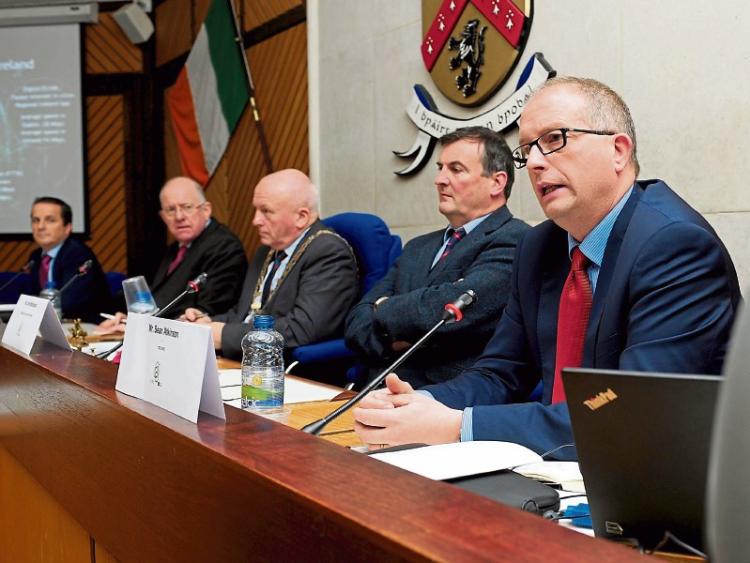 One rural dweller at the launch of Siro's service for Portlaoise showed the stark contrast in broadband speed between urban and rural.

Sculptor Michael Burke lives three miles ouside Portlaoise in Ballyfin but said “I might as well be 1,000 miles away”.

“I am on a poor satellite connection, there's no point trtying to download a film. There are 90 businesses in my area, we all need broadband. There's a web design company that can't work in the afternoon,” he said.

“I am happy that Portlaoise is getting an upgrade again, but very disappointed that people in areas like I live, never got broadband in copper, cable or wireless. I don't see any light at the end of the cable. We have been left behind again,” Mr Burke said.

He was assured by Minister Flanagan that Ballyfin and areas like it in Laois were “a priority” for him.

“You make a reasonable point. I am pleased to be part of a government that sets out to define a national broadband plan,” he said.

The council's broadband officer Kieran Kehoe said Ballyfin is one of twenty villages in Laois to get a broadband hub, “within the first few months of the contract”.

Ratheniska businesswoman Gillian Reidy was at the meeting to report how Siro's trial scheme had changed life in the village.

She noted that a hub was also set up there for people living just outside the zone.

“We set it up in the school hall, and second and third level students use it,” said Ms Reidy, who praised the speed and reliability of the service.

“We upload really large files, and 99 percent of our business is online. You just know it's going to be there. I'd jump on board as much of you as you can,” she said.

Ratheniska principal Pauline Dunne said “it's changed how we operate as a school”.

“We can have all our pcs online, and it hasn't dropped once, I don't know what we'd do without it,” she said.