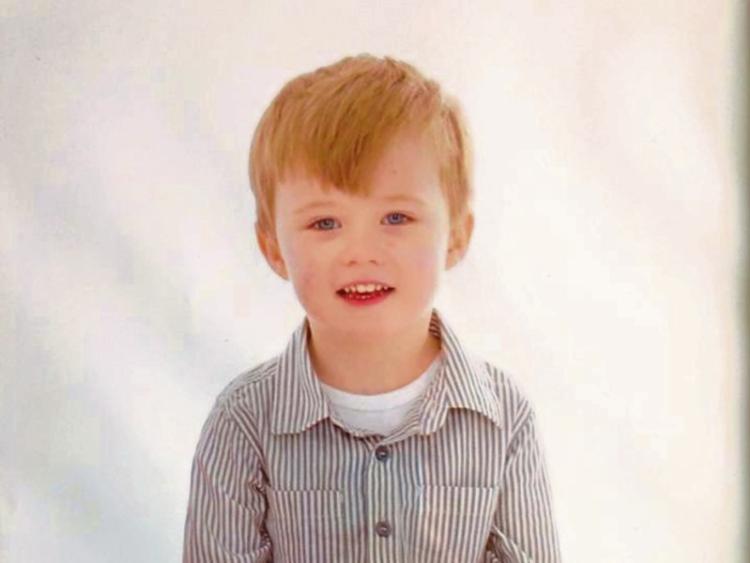 Over two years after the horrific death of their son Ciaran, Gillian and Ronan Treacy are fronting a campaign on road safety, which will be launched this Thursday.

The Road Safety Authority TV ad will be hard hitting in its message and will feature footage of Ciaran playing at home with his family.

It is designed to bring home the utter devastation wrought upon a family by a senseless and needless fatality caused by an instance of dangerous driving.

In this case it was dangerous driving causing death and it happened because the driver of the other car had drove after a drinking binge.

The futility of that is something that none of us wants to experience firsthand, yet for the Treacys it is an everyday reality.

Over the weekend they conducted an emotional interview on the Ray Darcy show in advance of the launch of the road safety campaign.

Gillian Treacy's visceral description of the moments after the accident are truly gut wrenching, and bring home the terrible and immediate effects of a road accident.

The death of four year old Ciaran Treacy was a thoroughly needless, and happened due to the blatant disgregard for the basic rules of the road by another driver.

Much has been said about drink driving here and elsewhere over the years to render it almost a taboo subject.

Unfortunately, it's not quite yet, and for Ciaran Treacy and many others it's far too late.

However, the courage and determination shown by Ciaran's parents is inspirational.

They have found their voice, and often this is what it takes.

Road safety is one of those things which has been well aired. Those of us who are lucky enough may at times be somewhat flippant about it.

However, no one can afford to be.

This time of year, with reduced visibility and the greater movement of people due to the Christmas period is a particulary dangerous times on our roads.

Gillian and Ronan Treacy are offering their tragic experience as a warning to others.

In doing so, they will undoubtedly save lives, and the reality is that there will be people out there who, unbeknownest to themselves will owe them their lives.