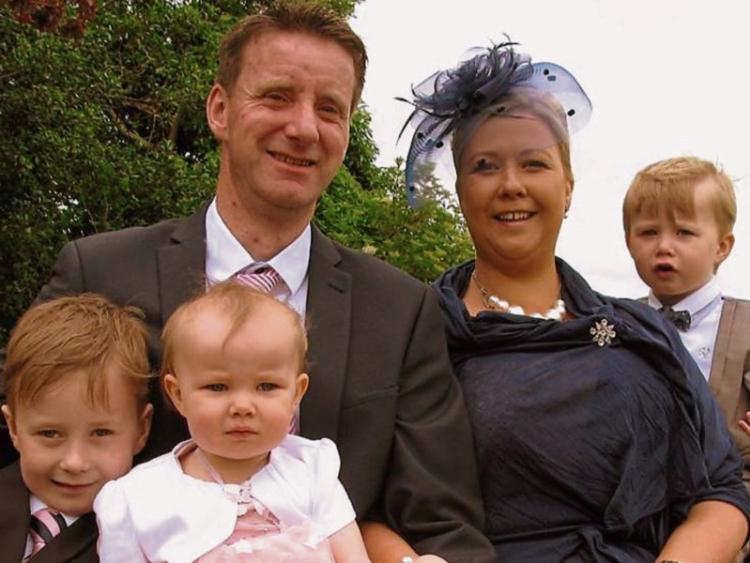 Ciarán Treacy lost his life to a drunk driver and now he, and his family, are to leave a legacy in an to try to stop another family being devastated by a similar loss.

Ciarán's parents Ronan and Gillian Treacy are to front a national Road Safety Campaign, starting this week, which aims to communicate the damage that can be done by a drunk driver.

The Portarlington family have bravely put themselves at the centre of the two-year multi-media campaign to ensure their son, who was just four, will leave a lasting legacy that could save lives.

At the centre of the campaign is a TV ad that will run for more than a minute and which features Ciarán having fun as a child and the devastation caused when a drink driver caused his death on Holy Thursday 2014.

The campaign is someting the family have wanted to do since Finbarr O'Rourke was jailed for causing the death of their son after drinking.

Ciarán's mum says the campaign will feature home videos of her son as he enjoyed playing with his parents, brother Seán and sister Caoimhe.

“It is about Ciarán's life and it being taken away by drink driving,” Gillian told the Leinster Express.

“It shows the little boy we knew as a family. That is going to hit people hard. It is not just his picture.

“They can see him now in action, full of life the way he was.”

The couple spoke extensively about the horrific impact that their son's death has had on them to Ray D'Arcy on RTÉ at the weekend.

The campaign gets underway on Thursday, December 1 next.