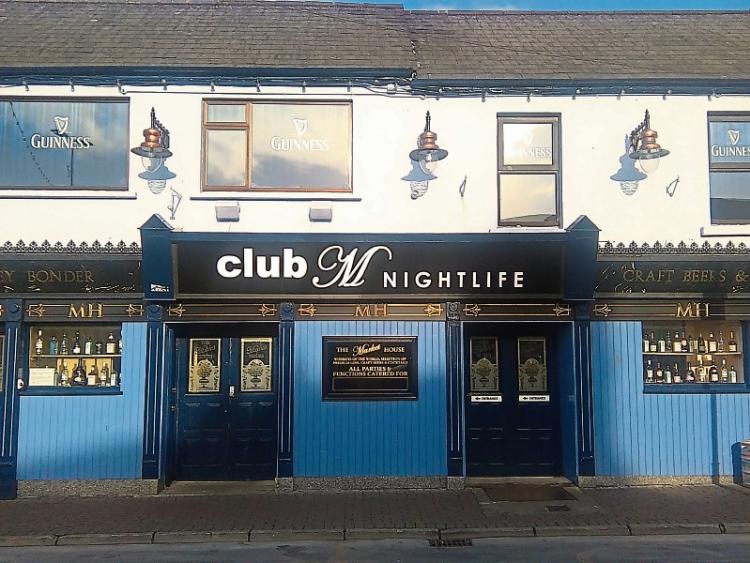 A planning application by one Portlaoise publican has drawn objections from another, with Blue Door proprietor Mr Ivor O’Loughlin claiming that Coppers is operating in breach of planning conditions.

Coppers/Market Bar, owned by Mr Eamonn Brady and Mr David Power operating as Bradpower Limited, has applied to Laois County Council to retain existing storage buildings at the rear of the premises and existing signs, as well as changes to external elevations and the first floor toilet area.

However, Mr O’Loughlin, director and shareholder of Fortpark Limited, trading as O’Loughlins Hotel and The Blue Door, Main Street, Portlaoise, has made a submission to the council claiming that Bradpower Ltd are in breach of a previous planning condition which stated that no part of the proposed development shall be used as a nightclub.

Mr O’Loughlin said “as the entire premises has operated as a nightclub for the past eight years it is clearly in breach”.

“It is difficult to justify the expansion of a nightclub that currently has no permission to operate as a nightclub,” he said.

If planning permission has been granted, he said that this granting should be made available for public viewing.

He also claims the applicants have been before the courts for failing to comply with section 5 of the Intoxicating Liquor Act 2003.

Mr O’Loughlin went on to say that the entire shop front of Coppers was replaced without any regard to the fact that it is a protected structure.

He further claimed that the premises contravenes the Public Health (Tobacco) Acts 2002-2015, which states that smoking is forbidden in enclosed places of work.

“As there are three bars located throughout the designated smoking areas… it is assumed that staff would/will work within these areas,” he said.

A further submission against the plans was made by Mr Tom Lennon, 15 Market Square, who claimed that Bradpower Ltd “have a proven track record specifically in this property of changing their mind and continuously making major alterations ”.

He pointed out that the application is for retention of toilets on the first floor, and the proposed area around the toilets are left blank with no clear indication of future use.

“It is obvious that knowing the said proposers they will simply convert the blank rooms into a club and work away business as usual,” said Mr Lennon.

Finally, he claimed that part of his property at 15 Market Square is included in the site plan .

The application is now on hold with the council, with Bradpower Limited asked to clarify the use of the premises eg. as public house, nightclub, or both.

The council also said that the existing shopfront of Coppers “is considered to detract from the special character of the protected structure and the wider Portlaoise Architectural Conservation Area.”

The council has asked the applicants to provide revised shopfront design proposals that are “sympathetic to the special character” of the area, particularly one that respects “the historic urban grain of the street”.

The measurements of noise levels are needed in the interest of nearby homes, and the applicants are also asked to omit car parking from the rear of the premises in the interests of traffic and pedestrian safety.