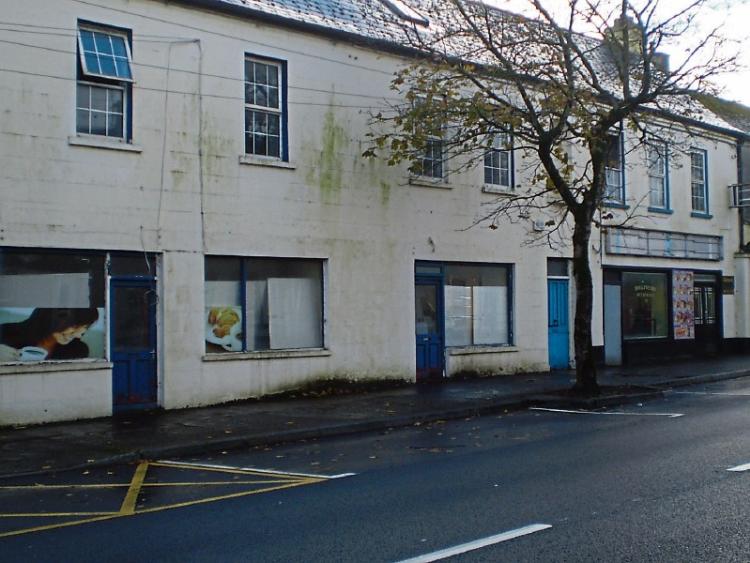 There are 42 vacant buildings in the small town of Mountrath, according to Brian Stanley TD, who is calling for immediate action to address the problem.

“Measures need to be taken to deal with the sheer number of empty buildings either in or close to the town centre,” declared the Sinn Fein TD.

“I carried out a survey recently of the principal streets and found that there are a staggering 42 vacant buildings.”

He described at least four of the total number as being in a bad state of dereliction.

“For a relatively small town, these figures are just too high and I have received many complaints from local residents,” he said.

“While groups such as the Tidy Towns Committee are carrying out excellent work to improve Mountrath, the dilapidated state of many of the vacant buildings is hampering their work.

“As a native of the town and a public representative I am anxious that improvements are made,” he told the Leinster Express.

Deputy Stanley attributed the closure of local businesses to changes in shopping patterns along with competition from large supermarket, and lamented the sad reality that many of the old businesses will not reopen as retail outlets.

He also said that a lot of the old houses are in a bad state of repair and would require extensive renovation to make them habitable.

However, it may not be possible to bring a small number up to a modern building standard and they may have to be demolished.

“I would appeal to the owners, where possible, to carry out modest works to improve the appearance of their premises and make them safe.

“Laois County Council has a role and I requested the management to use the Derelicts Sites legislation if necessary to get compliance to improve the worst eyesores,” he said.

Since raising the issue, Deputy Stanley said he had received a response from the CEO of Laois County Council, John Mulholland, stating that the council will work with the local community and local businesses to develop a town strategy and detailed framework for Mountrath.

Mr Mulholland said that the council would arrange an audit in Mountrath of the council’s Derelict Sites Register, and investigate the extension of the Rates Incentive Scheme to Mountrath.

Deputy Stanley said he welcomed the fact that the council management is willing to take initiatives on Mountrath to improve and enhance the town.

He said that the Rates Incentive Scheme already in operation in other towns may encourage new businesses to start up in vacant premises in Mountrath.

“The purchase by the council of the vacant site at Shannon Street for eight housing units is a positive development. This should be considered for some of the other sites as it will get people back living in streets close to the town centre.”

He went on to say that future funding from the Town and Village Renewal Scheme also needs to be earmarked for projects.

“Mountrath has some very good amenities, such as the park/playground and fantastic River Walk. This is due to the hard work of local groups and support they have received from the council. The number of vacant buildings is the major issue that must now be addressed,” he concluded.