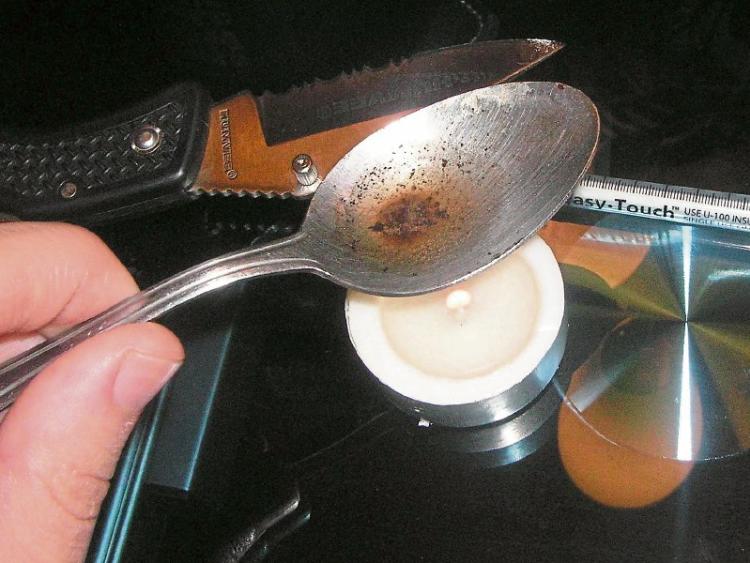 Brian Flynn (31), no fixed abode, became irate towards last week’s sitting of Portlaoise District Court, saying he wanted to get away from Laois as “it’s a kip” and there is no help in the county for homeless people.

Detective Garda Michael O’Donovan told the court that on November 14, the accused was detected cycling a mountain bike with a male passenger at the Mountmellick Road, Portlaoise.

The bike, valued €150, had been stolen from Esker Hills on November 12.

The detective said the State was satisfied the accused had not been involved in the taking of the bike and there was another man before the courts for this crime.

Det O’Donovan said that a search of the accused revealed a screwdriver, which Flynn claimed was for his own protection.

The court heard that Flynn had over 46 previous convictions.

Defence, Mr Philip Meagher said his client had a longstanding difficulty with heroin, using up to three of four bags a day.

“If not worse,” remarked Det O’Donovan, going on to say that two syringes had been found on the accused on the night.

Flynn himself spoke up and said it had been only one syringe.

The court heard he is attending Coote Street for his drug problem and is on 50ml of methadone a day.

Mr Meagher said that if released, his client would go to Dublin to seek a bed with the Peter McVerry Trust, however Det O’Donovan said that the accused was due before the circuit court the following week on serious charges and the State feared if he was granted bail he would remove himself.

Judge Catherine Staines asked that the State contact the Peter McVerry Trust to confirm the accused had a bed, but to this Flynn became agitated and said: “Just give me the sentence, there’s nothing new here, you never get a chance before this court.”

He went on to say: “I want to get away from Laois, you can walk into any hostel in Dublin and get a bed, you never get anything in Laois, it’s a kip.”