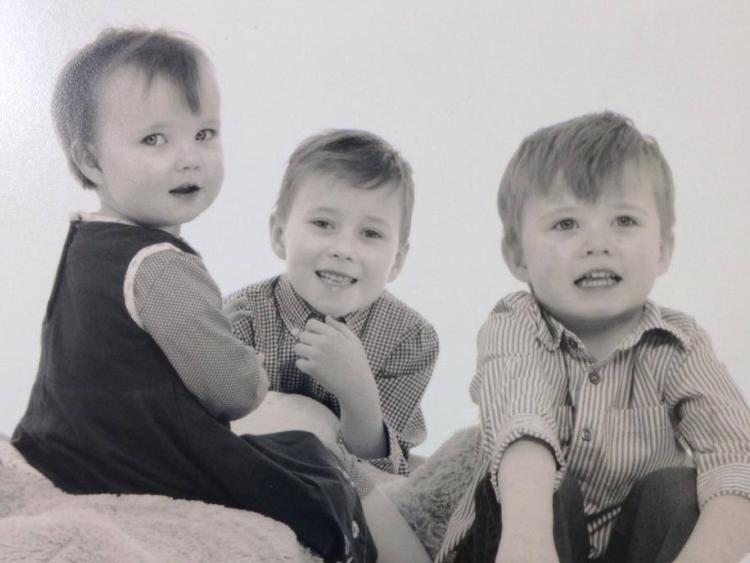 The late Ciarán Treacy with his brother and sister.

A new anti-drunk driving campaign which is fronted by the Treacy family from Portarlington highlights their shocking loss and the impact the death of their son and brother has on the family, the community and emergency response teams, according to the Road Safety Authority.

Ronan and Gillian Treacy and their children, Seán and Caoimhe feature in their new campaign which focuses on the death of Ciarán Treacy, who was aged just four when was killed in a crash caused by a drunk driver in Easter 2014.

The family have been preparing to front the campaign since Finbarr O'Rourke was jailed for drink driving causing death in late 2015. A TV ad which lasts for more than a minute, is the focal point of what will be a two year campaign which starts this Christmas.

The Road Safety Authorty told the Leinster Express that Ciarán's the death has had a devastating impact on many.

''Our Christmas campaign this year features a family who were devastated by the selfish act of drink-driving. Gillian and Ronan Treacy from Portarlington lost their beloved son Ciarán when he was just four years old in a collision with a drunk driver.

"It’s very difficult to understand what this devastating loss of life must be like for families and communities such as the Treacy’s who have an empty chair at their tables this Christmas. This campaign highlights both the shocking loss the victim’s family experiences in addition to the ripple effect a loss such as this has on local communities including the first responders and the emergency personnel.

"In this way, it aims to deter drivers from drink driving by putting a human face, family and story to the “Never ever drink and drive” message.

"The Road Safety Authority would like to thank Gillian and Ronan Treacy for sharing their story and we sincerely hope that this message hits home for a lot of people this Christmas season," said the statment.

Ciarán's mum and dad spoke at length about their experience in an interview on the Ray D'Arcy Show on RTÉ last weekend.

The campaign features home video of the boy playing with his family. Speaking to the Leinster Express Gillian said the campaign would tell the story of her boy as he lived life to the full before it was so brutally cut short.

"It is about Ciarán's life and it is about it being taken away drink driving. It shows the little boy we knew as a family. That is going to hit people. It is not just his picture. They can see him now in action, full of life the way he was," said Gillian who is still recovering from her injuries.

The campaign starts on Thursday, December 1.