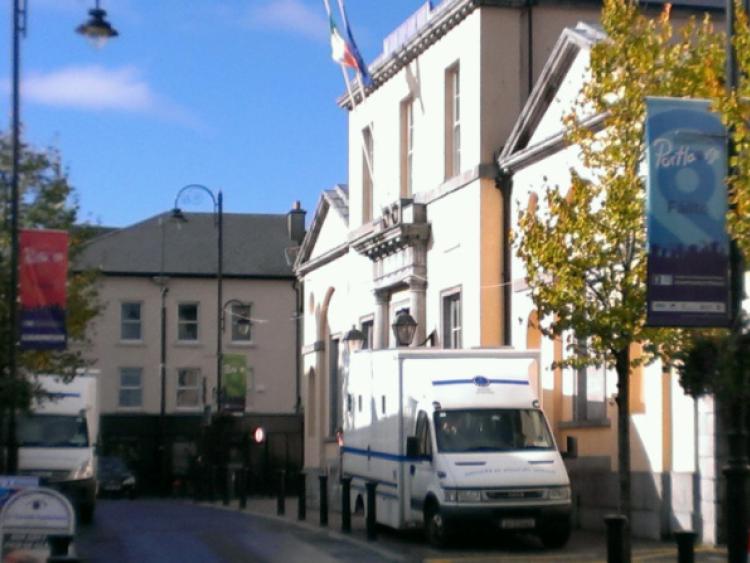 A 36-year-old Laois man has pleaded guilty to exchanging explicit sexual messages and naked pictures on social media with a 13-year-old boy.

The man, who cannot be named, appeared before this week’s sitting of Portlaoise Circuit Court charged with offences under section 3 of the Child Trafficking and Pornography Act, 1998. The offences were committed in a location in Laois in 2015.

The court heard that the accused and the injured party were neighbours who communicated through a gay dating website, with this only coming to light when the boy’s mother found messages on her son’s laptop.

Included in the series of messages were a number of very explicit sexual photographs, including a naked image of her son.

Detective Garda Conor Egan gave evidence that the 13-year-old boy had his own picture as his profile image on Grindr, a gay dating website.

When arrested and interviewed, the accused told gardaí that he was initially trying to get the boy off Grindr.

The court heard of messages between the two discussing meeting up to have sex. Det Egan also read out messages sent from the injured party which included sexually explicit language outlining sexual practices he wanted to perform with the accused.

The injured party also asked the accused to take a naked picture of himself, and told the accused he would do the same.

Det Egan said the accused had left his family home on the day of arrest and had not returned since.

The accused had one previous conviction, for assault causing harm in 2008.

Defence, Mr Conor Bowman SC said there had never been any physical contact between the parties. He said the interaction finally ended in acrimony when the boy asked for cigarettes from the accused and threatened to tell the accused’s wife.

Mr Bowman said the boy, who is now aged 15, was quite confident sexually, having told his mother that he was bisexual in late 2014/early 2015.

Mr Bowman said the boy had been on Grindr for some time before this incident and had engaged with a number of different males.

Det Egan agreed that this was what the boy had told gardaí.

Mr Bowman said that the boy sent the first photo of himself to the accused unsolicited, and the boy had also told gardaí he’d had sex with a number of adult males.

Defence said that the accused had lost everything he held dear in the wake of this offence, having been put out of his home and being unable to communicate with his own children.

Judge Keenan Johnson said that it was a very serious offence, and ruled that it would take time for him to decide on sentencing.

The judge put the matter back to Friday, December 9, and remanded the accused in custody.

For more on this case, see next week's Leinster Express.