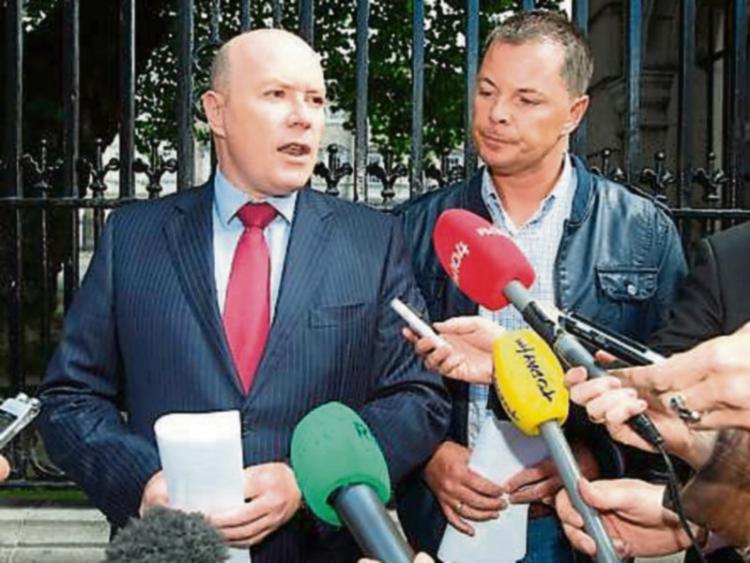 Laois' Sinn Féin TD Brian Stanley has declined to give his opinion on the ongoing row between the family of slayed Portlaoise prison officer Brian Stack, and his party leader Gerry Adams.

Asked if he could rule himself out as one of three senior Sinn Féin politicians named by Adams to the Gardaí as possibly having information on the murder, Deputy Stanley said he was not living in Ireland at the time of the shooting and has no information.

“There is an ongoing Garda investigation into this matter. This is the appropriate channel for dealing with such matters. As I was living and working abroad at that time I do not have any information,” Dep Stanley told the Leinster Express.

He declined to say if he had doubts over the way his party leader has handled the issue.

He declined to offer any comment to the Portlaoise family, or to Austin Stack, who says he is being intimidated by Adams.

Stanley further declined to comment on whether the three unnamed politicians should be suspended, pending investigation, as Austin Stack has suggested.

Chief Officer Brian Stack was shot as he left the National Boxing Stadium in Dublin in 1983. He survive for18 months with severe injuries until his death, leaving a wife and three sons.

In 2013 the IRA admitted the murder, but said it was not authorised by its leaders.

Last week the unsolved murder hit the national headlines again, when Gerry Adams was said to have named three senior Sinn Féin politicians, who he said may have information, in an email to Garda Commissioner Nóirin O'Sullivan before the general election.

Mr Adams claimed that Brian Stack's son Austin had given him the names, in a confidential meeting they had in 2013, during efforts by the Stacks to find out the truth.

“It certainly was not from me. Adams has deliberately given false and misleading information to a murder inquiry. He could be charged with trying to subvert the course of justice, I fully expect that the Gardaí will be looking into this. Adams has shown himself to be a deceitful and vindictive individual who will stop at nothing to protect his movement, even if this meant revictimising those whom his organisation have admitted murdering. Adams is clearly attempting bully and intimidate me and drive a wedge between myself and the Gardaí,” Austin Stack said yesterday.