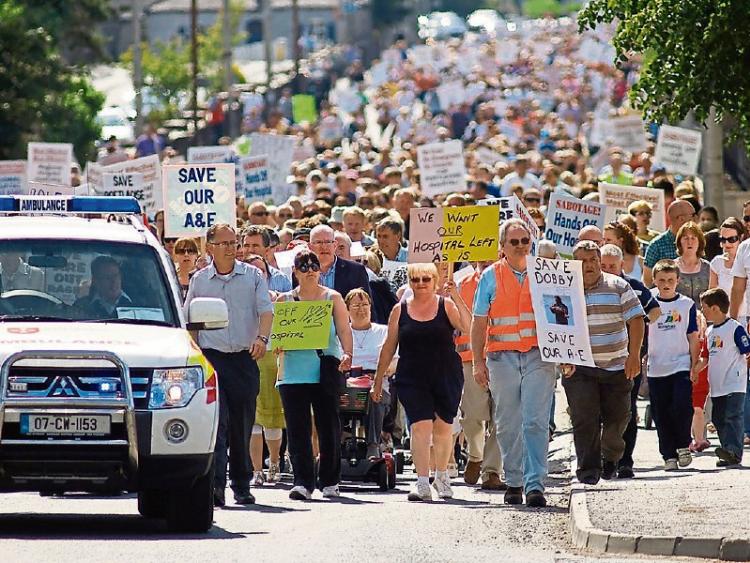 A lack of investment in Portlaoise hospital by health management has been blamed by politicians for the ongoing issues that dog the facility.

Both Fianna Fáil's Sean Fleming and Sinn Féin's Brian Stanley laid the blame for the issues identified by Hiqa at the door of the HSE.

“The manager has a policy of not providing adequate resources to Portlaoise. She has stated her intention to downgrade the Emergency Department and this has put a cloud over the future of the hospital. The knock on effect of this, as highlighted by Hiqa, is that the HSE is finding it difficult to recruit senior medical staff into Portlaoise.

“Everybody recalls the recent problems in the maternity unit. The HSE responded in a positive manner by providing adequate resources and staff alongside introducing a new governance supervision arrangement with the Coombe Maternity Hospital.

He said the same positive approach must now be taken with the Emergency Department. He said the hospital would be sustainable if it gets enough funding.

“I am laying 100% of the blame for the difficulties in Portlaoise on specific regional and national managers in the HSE. I am calling on the Minister for Health to tell the HSE to cancel their agenda against Portlaoise Hospital and to provide it with the sustainable resources that it needs to improve services in the region.”

He said it would not be lost on people that thousands of patients that they face using the Emergency Department in Tullamore.

“This is despite Tullamore being so overcrowded that a 103 year old woman was recently left waiting 15 hours for a bed. The Emergency Department in Tullamore has had to close to patients 203 times so far this year alone," he said.

Sinn Féin TD Brian Stanley shared the view that lack of investment or any strategic planning is having a detrimental affect on services in Portlaoise Hospital.

“There has been a chronic lack of capital investment to upgrade the older parts of the Hospital and there is a shortage of staff.

“While there was major problems with Maternity Services in the past, what we have seen is when funding and staff were provided that Maternity Services have improved dramatically. The same needs to happen in terms of Critical Care Services and the Emergency Department.

“Government and the HSE should have set out a clear plan for the hospital detailing exactly how existing services could be improved and providing the necessary resources for this.

“Instead what we have got is years of leaks, scare tactics and persistent attempts to downgrade services at the hospital.