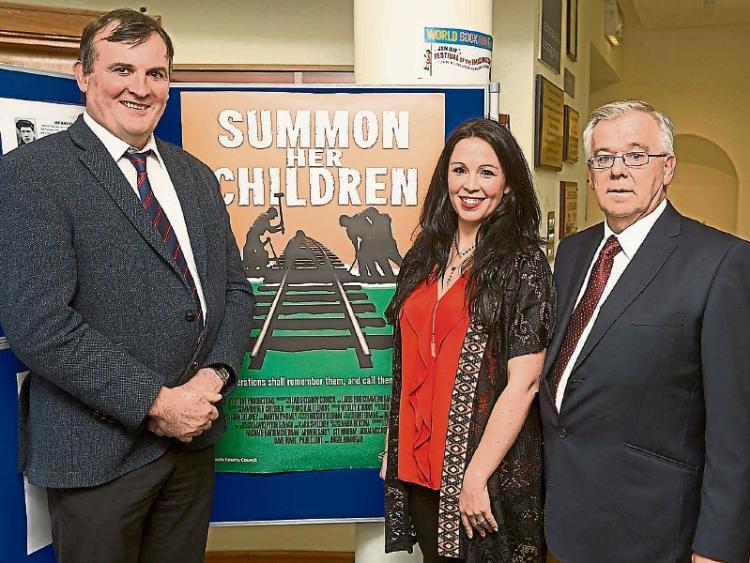 A DVD release of the film 'Summon Her Children' has gone on sale locally.

The film, detailing the events of the local Volunteers at Colt Wood and the legendary first shots of the Rising, on Easter Sunday 1916 was released earlier this year.

The film depicts the organisation of the action of the Volunteers who demolished part of the railway line and the subsequent derailment of a train.

The operation was designed to prevent British troop reinforcements from reaching Dublin in the wake of the Rising.

It was made, produced and shot in Laois, using an international crew.

It was filmed over the course of a week in August 2015.

The production came about due to the efforts of Jim Fleming and his daughter Malvina who were executive producers, and Jim's son Michael who wrote the script.

As well as the 25-minute film, the DVD also features a 12-minute documentary on the making of the film.

The film has already screened in a number of film festivals, including Glasgow, Barcelona, Sydney, Auckland and Bangalore.

At the recent festival in Waterford, the film competed very strongly in the Best Film category.

“At the moment we are preparing it for the American market and the film festival circuit there,” says Jim Fleming.

“There is demand in certain areas of the US that have heard about the film.

“We have gone worldwide on it,” says Jim Fleming.

“To get accepted in any festival is a reward in itself, considering the hundreds of entries these festivals have.”

Jim Fleming added that they were very happy with the support they received around the country and particularly from Laois County Council.

'Summon Her Children' is on sale in Easons, All Books and Trax for €10.