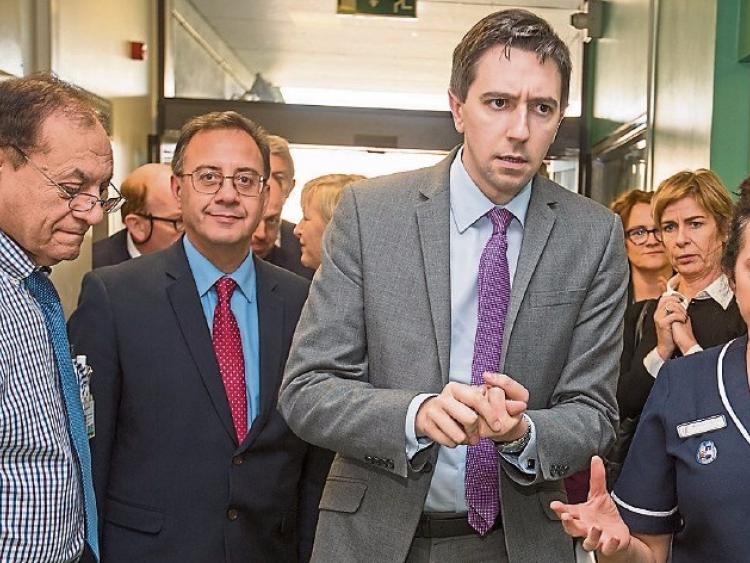 A warning alarm of what faces Laois people if Portlaoise hospital is downgraded has been sounded in Tipperary where a hospital consultant has said his hospital is paying the price for bed cuts and downgrade in Nenagh.

While the HSE and national experts want services withdrawn from Portlaoise for safety reasons a consultant in Clonmel says downgrade and bed shortages are creating a 'dangerous' situation in his hospital.

There were 30 people on trollies in South Tipperary General Hospital's A&E on Wednesday morning. More are on trollies in ward corridors. A total of 39 people were waiting in A&E for admission on Tuesday. It has the worst trolley problem in the country at present but it has not occurred overnight.

Professor Paul O'Regan is a consultant physician at the hospital. He blamed bed shortages and the downgrading of Nenagh hospital from a Level 3 to Level 2. Clonmel is now the only hospital in Tipperary with an Emergency Department.

Interviewed on RTÉ Radio's Morning Ireland he pointed to a shortage of hospital beds nationally and the downgrade of Nenagh hospital as the cause of the ills facing his patients.

"We have particular problems in that we have more beds closed and our effective catchment area as grown with the closure of Nenagh Hospital as a level 3 hospital. We are effectively the level three hospital for much of Tipperary now," he said.

The doctor gave a damning account of the situation at the hospital faced by staff and patients.

"They are dreadful for patients. It is undignified, disgraceful, dangerous for patients, impossible almost for staff to work to an adequate and safe level and puts tremendous pressure on the nurses, paramedical staff and doctors. It make recruitment and retainment of staff incredibly difficult because people burn out and give up and move on elsewhere. Last week seven senior staff nurses left. Seven senior nurses," he said.

The physician said the answer is more beds but he said he had met Minister Simon Harris and his two predecessors in the Department of Health to address what he called a crisis that has been created.

"This crisis has been created by the HSE and the Department gradually up to a point where it has become a catastrophe but they are incredible slow in their methods of fixing it.

"They all indicate good will and concern but it is a painful process going through the red tape. We have been looking for temporary beds and a modular unit of 40 beds to relieve the situation to bring us up to 190 beds we need 270 but this is taking months and months. It will take a few years to put in place rather than a few weeks that we thought," he said.

As to what the options were for patients Prof Regan said some patients should avoid the hospital and pay for treatment.

"If you have a very acute illness come to us but if you have anything that can wait probably go to a private hospital and pay because all the public hospitals in Munster are in similar if not quite as bad situation," he told Morning Ireland.